In the last installment of this commentary, I made the point that our field of magnetic resonance is in the process of transformation, both economically and scientifically. Similar transformations are currently underway in other imaging disciplines, including not only traditionally close cousins to MR, like PET and CT, but also more distant relatives, such as optical microscopy. Microscope technology has been advancing rapidly in recent years, and microscopists’ datasets have also become increasingly high-dimensional, covering ever larger volumes at ever higher spatial and temporal resolution. At the same time, optical methods have become increasingly central to biology, as evidenced by the recent Nobel Prize for single-molecule super-resolution microscopy, and for green fluorescent protein before that. The vigorous adoption of optogenetic approaches, and the high profile of optical imaging methods in high-impact-factor publications such as Nature and Science, are further evidence of this trend. 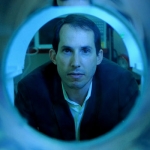 The example of optics and photonics highlights another challenge for our field of MR – a challenge of connectivity. While we pride ourselves, legitimately, on connecting clinicians with imaging scientists, our scope may be narrower in some respects than we sometimes suppose. Our historic base of dedicated clinical members – those we refer to as our ‘clinicians’ – is made up largely of radiologists. In many ways, this is as it should be, since radiologists have been the principal users and traditional drivers of MR technology. However, the many other varieties of clinician who refer patients to radiologists – the oncologists, the neurologists, the orthopedists, and other specialists who drive utilization patterns for imaging, and who serve as custodians of many of the driving problems in clinical medicine – seldom attend our annual meetings. Likewise, what we call ‘basic scientists’ – our imaging physicists, method developers, and hardware engineers – are sometimes seen by basic scientists in other fields as something akin to technicians, turning the knobs of machines designed to illuminate gross anatomy. Our best scientists struggle to have articles published in Nature and Science, despite the fact that the practical impact of what we do may often be much greater than that of many methods published routinely in these journals. Even fMRI and diffusion imaging of the brain, which have captured the public imagination together with pride of place in high-impact journals, risk being viewed in neuroscientific circles as comparatively coarse instruments.

Such biases may not be entirely in our control, but it behooves us to address them nonetheless. While our Society is strong on internal communications and interactions, outreach to scientific disciplines beyond our usual bedfellows can be limited. This has not always been the case. Indeed, in the early days of MRI, identification as the Society for Magnetic Resonance In Medicine used to be a badge of open-mindedness and inclusiveness. After all, who would have thought, in those early days, that the physicists’ and chemists’ tool of MR would be so revolutionary for medicine? In the present day, however, this same identification risks putting us in a niche. Modern medicine is changing, and there are new, broader problems to be solved in biology, in physics, in information science. We have an historic opportunity both to benefit from and to influence radical developments in these areas. But, in order to do so, we will need to connect more broadly.