Q&A with Anuj Sharma and Will Grissom

Q&A with Anuj Sharma and Will Grissom 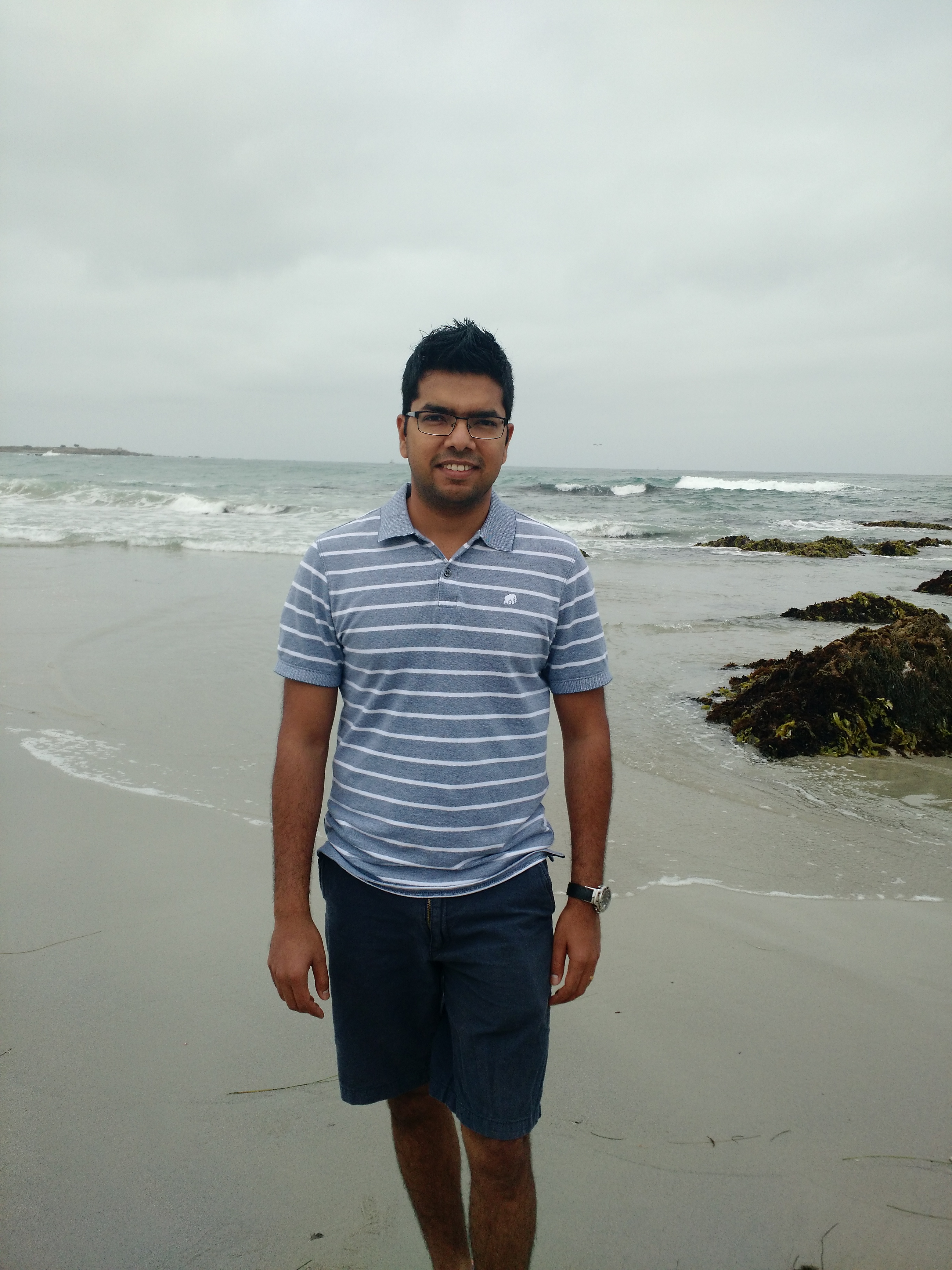 The simultaneous multi-slice imaging momentum continues with a recent paper by Sharma and colleagues on RF pulse design for SMS, which is our Editor’s pick for the month of September. We caught up with authors Anuj Sharma and Will Grissom after the SMS workshop held in Asilomar, California.

MRMH: What were your impressions from the workshop?

Anuj: One of the surprising things that I saw was the number of SMS applications. There were presentations on abdominal imaging, body imaging in the liver and knee, pediatric, and cardiac imaging. We are using SMS as a hammer and hitting everything to see what works.

Will: I wasn’t able to attend in person, so I had to give my talk over the internet. Just a big looming head on the screen, did you see me, Anuj?

Anuj: Yea, I saw your head.

MRMH: Can you give a brief summary of your paper and its significance?

Anuj: One of the major challenges at high field is the transmit RF inhomogeneity. Spoke RF pulses have already addressed this in single-slice imaging, and we adapted the design to multi-band and created pulses that give greater B1 uniformity and lower peak RF.

Will: Spokes always excite the same slice pattern, but in between each slice selective excitation that makes up the spokes pulse you have a gradient blip. Each blip leaves some phase variation across a slice such that you can create a beneficial interference pattern. Then you build up a pulse from multiples of these.

MRMH: One very lay question, what is a spoke and why is it called that?

Anuj: A spoke is a trajectory in excitation k-space. The more points in k-space we want to visit, the more spokes we need. As you add more and more spokes your inhomogeneity goes down so your flip angle becomes more uniform throughout the slice. The excitation k-space trajectory is shared between the slices, so the k-space trajectory is commonly optimized across the slices. The RF pulse deposits for each slice are also optimized, and that is where the independent shimming or independently designed spoke pulse comes into the picture.

Will: One last thing, spokes suggests a radial configuration of lines which is a bit of a misnomer, but the terminology was proposed early on and it stuck.

MRMH: If you could rename the spoke, what would it be?

Will: There have been several names, but rungs probably.

MRMH: In your paper you only mention two parallel transmit channels, how scalable would this be if you had more channels?

Anuj: Multiband spokes can lead to better flip angle homogeneity even with a single channel system. As you add on parallel transmit channels, you reap more benefits such as needing fewer spokes but the calibration and system setup gets more complicated.

Will: Yea, you need more spokes with fewer RF channels, that’s for sure. And if you have more channels, then you can reduce the number of spokes, which is good for improving the spectral bandwidth. RF spokes have been a good research topic, but I’d like to see them evolve to the next thing. One of the reasons they’re still not quite used is that the trajectory doesn’t have broad enough spectral bandwidth. This is one of the goals of the ISMRM RF Pulse Design Challenge: to design single slice tailored pulses, like spokes, but that are more time efficient. So we want somebody to come up with the next great trajectory basically.

MRMH: Applications are really only the last sentence of your paper.  Here is your chance to continue that thought.

Anuj: In general, all applications that use multislice imaging acquisitions at high field or ultra high field could benefit from our pulses. The question now is should this be a button for any sequence, like SENSE or GRAPPA is, or should this be application specific, like for diffusion MRI.

Will: Perhaps 3T abdomen is another good example. It is not considered very high field anymore, but there are large inhomogeneties there.

MRMH: Anuj, how did you pick the next step in your career, leaving academia to work for Toshiba?

Anuj: Well, I wanted to keep an open door for a career in academia, but also work in industry to bring my discoveries closer to people. It was a logical progression.

Will: He is so good, he could really go anywhere

MRMH: Will, with unlimited resources, where would you invest your money and your time?

Will: I tend to be a bit scatterbrained and I like to work on millions of different projects sort of simultaneously. I am really interested in working on purpose dedicated systems, for example developing different encoding methods or RF coils for a dedicated mammography system. If you only need to hit that one body part you can really size down the system and improve patient comfort and reduce cost. I’ve really enjoyed working on ways of completely rethinking how the scanners are set up for smaller level or direct applications.  We are also building table-top scanners for educational purposes. My student Chris Hasselwander will create an entire pulse sequence and image reconstruction library for low-cost software-defined radios that can go online for download using open source software.

MRMH: What do you think of open science?

Will: I love open science. We get more citations, and people don’t have to implement techniques from scratch. It is a win-win for everybody.