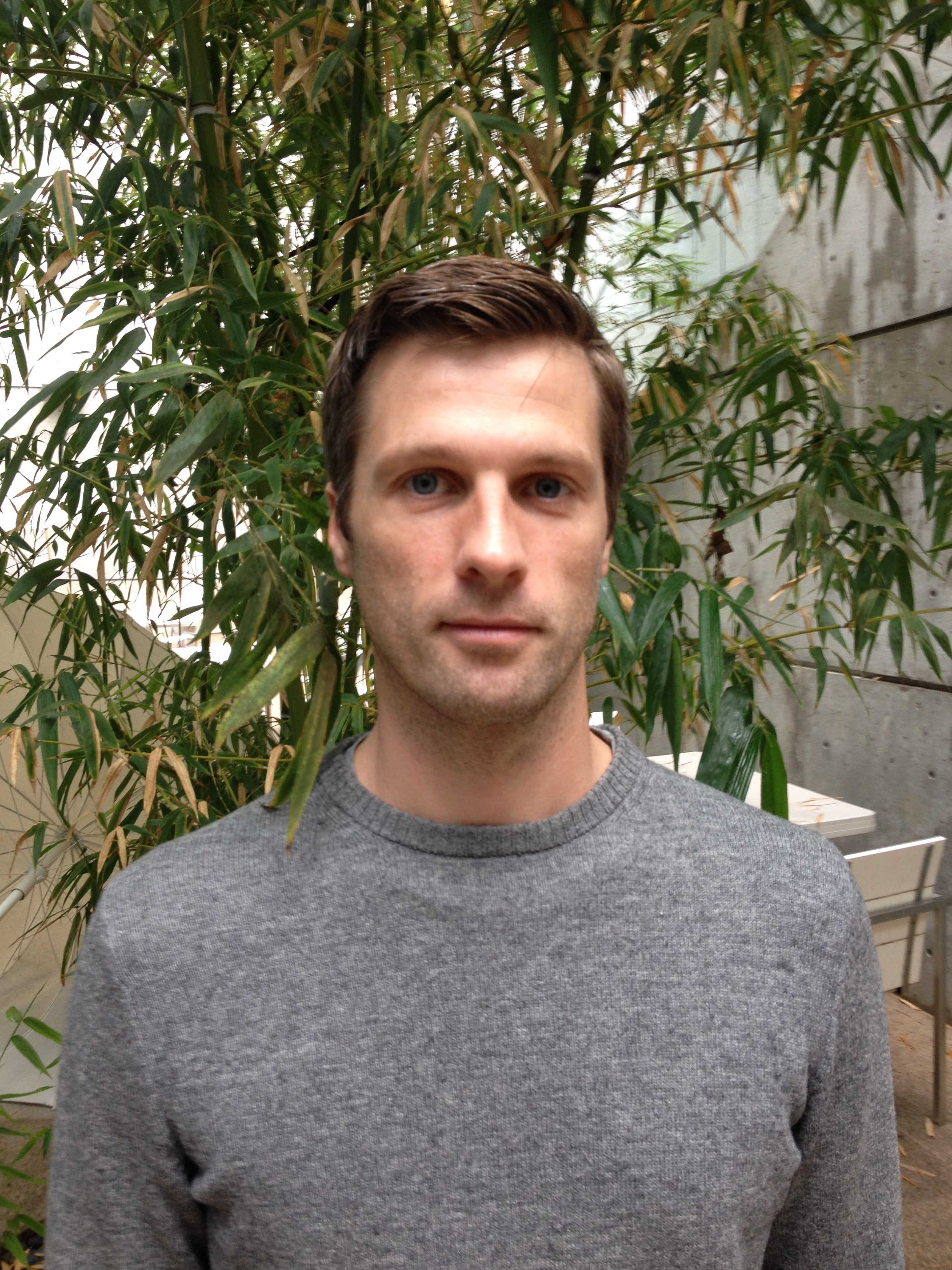 Among the editor’s picks for the month of November is a paper entitled ‘SENSE and SMS Imaging’ by Drs. Benjamin Zahneisen and Benedikt Poser. Benjamin is currently a researcher at the Lucas Center at Stanford and Benedikt is an assistant professor in MR Methods at the Faculty of Psychology and Neuroscience at Maastricht University in the Netherlands. Benjamin and Benedikt first met during their postdoc in Hawaii, where somehow in between surfing and enjoying the nice weather, they found time for some cool science.

MRMH: How did you both end up in Hawaii?

Benjamin: Sort of by coincidence. I started doing work in MRI in Würzburg, Germany for my Master’s, and then continued with my PhD at the University of Freiburg with Jürgen Hennig. Then I went to Hawaii for my postdoc. There is actually a pretty cool connection here: Jürgen Hennig’s very first (I think) PhD student, Thomas Ernst, is the head of MR Physics in Hawaii, and I was one of Hennig’s last!

Benedikt: For me, complete coincidence as well. I studied physics with business management on the side. I considered going into Economics then Aerospace Engineering, but in the end I somehow started doing a PhD in MR Physics with Prof. David Norris at the Donders Institute in the Netherlands. Soon after, I started working as a postdoc at the Hahn Institute in Essen, reinventing some wheels to make fMRI work on our 7T… In 2010 I was looking for a postdoc abroad. Somewhere nicer and warmer, with water, and a good place for starting a family… and ended up with some funding to go to Hawaii to learn about parallel transmission with Andy Stenger.

MRMH: How did you start getting involved in SMS imaging?

Benjamin: Benedikt was into multi-band. I was not. [laughs] He dragged me into it.

Benedikt: Actually, this started as a bit of a distraction from what I was meant to be doing there, parallel transmission. But everyone was so hyped up about this multi-band stuff so I got sidetracked into it. One night, I quite randomly thought: ‘How about we put different frequencies into these different transmitters in the parallel transmit array, so that different elements excite different slices?’ Surprise, surprise, they could be reconstructed apart. That’s basically how the SMS work in Hawaii started and then Andy got excited about it and we started toying around with other “much simpler” things that don’t involve pTX, like the multi-band spirals, some RF pulses, etc.

MRMH: Can you give a brief summary of your work?

Benjamin: The main idea we were trying to get across is that we don’t have to use all of these fancy reconstruction concepts, like slice GRAPPA, for SMS. Simple, straightforward SENSE works. People have done this before, but somehow, it got lost that it’s possible to use the SENSE based reconstruction for multi-band.

Benedikt: Exactly. We wanted to remind the community that there is a conceptually easier way to reconstruct SMS; not better, but more intuitive. There was nothing new. David Larkman used SENSE in his landmark paper, Felix Breuer added SMS-CAIPIRINHA in 2005 but since then people went to more complex reconstructions. We actually started with the more complicated non-cartesian schemes we needed for the spirals, and simplified things back to the Cartesian case.

MRMH: How did the idea come about?

Benjamin: Honestly, just through play. We had many lunches and came up with some nice nuggets of wisdom.

Benedikt: The key person in all we did is Andy Stenger. He always comes up with these often half-baked and sometimes crazy ideas that stimulate new adventures! We just toyed around. And we had all the time in the world! No administrative responsibilities, no teaching, easy scanner access to just try things out. So we tried many things, learned a lot, hit many dead ends that no one mentions, but sometimes we found a nugget, as Benni just put it. We surfed, had fun and could concentrate on some nice science. Kind of paradise. 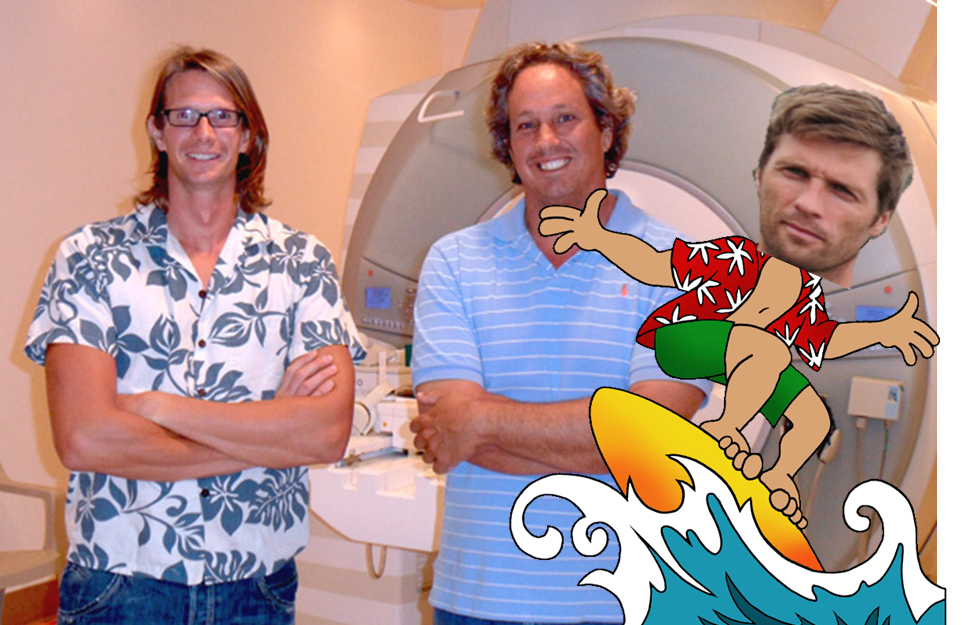 MRMH: Would you say that your approach is simpler?

Benjamin: There is no objective answer, it is really a matter of perspective. In a way SENSE and GRAPPA are just different ways of looking at the same thing. It’s all a matter of what you like and what you don’t like.

MRMH: Any advantage of using one or the other?

Benjamin: Not really. In its essence, I think what people appreciated about this paper was not the novelty, but the educational aspect.

Benedikt: Yes I agree. It makes it intuitive, and illustrates nicely the analogy between SMS and standard 3D imaging. But objectively, I see no real reason to prefer one over the other. Perhaps SENSE reconstruction could be highly parallelizable on GPU hardware or even on FPGA cards, which would be lightning fast. I think that would be trickier with the k-space based approaches due to their horrendous memory requirement.

MRMH: What do you miss about your time in Hawaii?

Benedikt: Absolutely. Doing science without the time pressure that comes with distracting responsibilities. [laughs] Actually, I am going back there next week to spend the winter!

MRMH: Well, it looks like you will be there just as we will be interviewing Thomas Ernst for next month’s Editor’s pick.

Benedikt: I will wave to you from the background with my surfboard.

* Interview conducted by Samantha By and Nikola Stikov