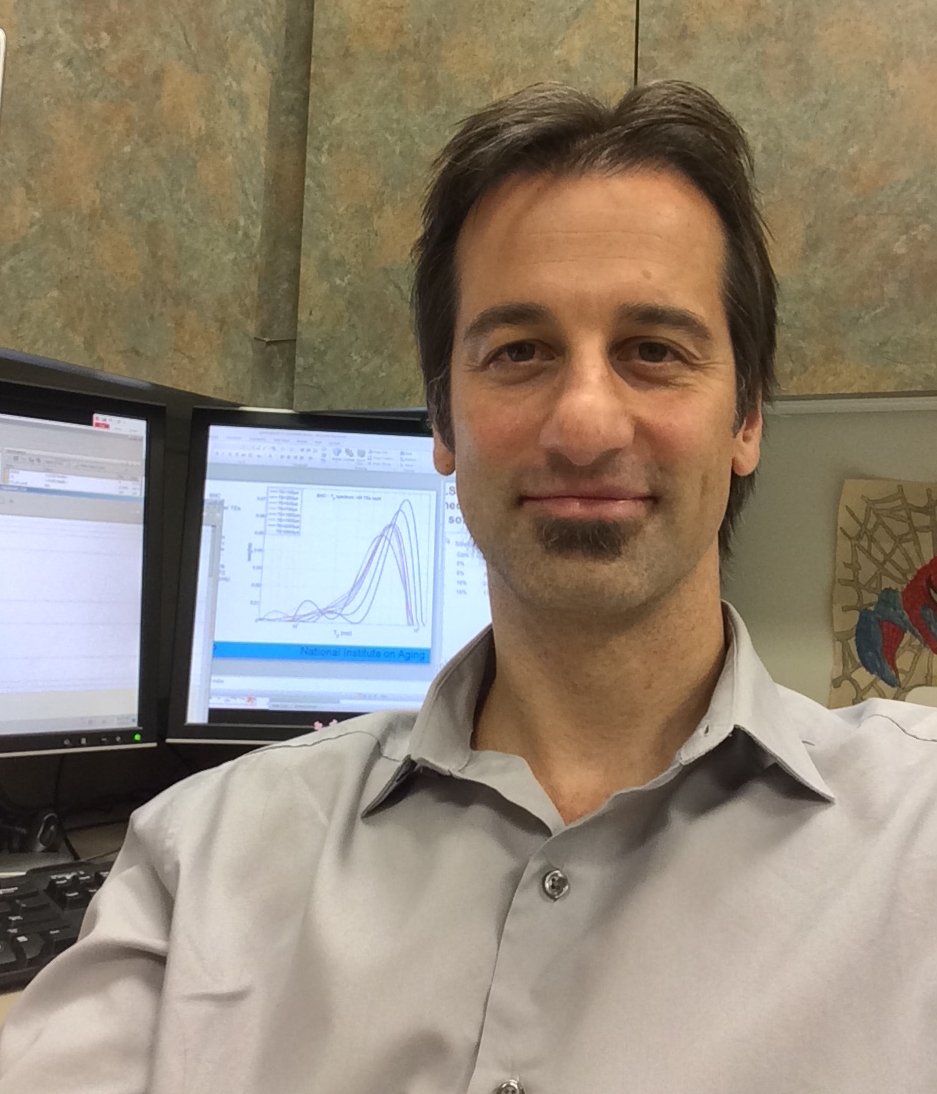 Today we virtually sat down with David Reiter and Richard Spencer from the National Institute on Aging at the National Institutes of Health to talk about their recent publication entitled, ‘Anomalous T2 Relaxation in Normal and Degraded Cartilage’. This paper showed that the stretched exponential decay model reflects the microstructural complexity of cartilage matrix better than the conventional monoexponential decay model. Our conversation with David and Richard took us down a winding path filled with mathematics, modeling, MRI, and clinical translation, all towards, as Richard puts it, making cartilage great again.

MRMH: How did you come into this particular field?

David: In graduate school, I became interested in the biomechanics of spinal disc injury. I started using MRI to study this and was immediately impressed with the potential for making quantitative measurements of soft tissue. From there on, I joined Richard’s group as a post-doctoral scholar and became even more engrossed in the application of quantitative MRI to soft tissue, and was fortunate to stay on as a staff scientist.

Richard: I am a physician and I have been working at the Aging Institute for around 25 years. I have been motivated by the fact that osteoarthritis is the largest source of limited mobility in the elderly population. As such, cartilage as a tissue and osteoarthritis as a process deserve a lot of attention.

MRMH: Given your backgrounds, how did this specific study come along?

David: When I arrived here as a post-doc, Richard and I started looking into different signal models to describe relaxation in cartilage so that we could step away from some of the existing quantitative methods that showed limited specificity to disease progression. We wanted to be able to better quantify extracellular components in the cartilage matrix; this lead to our interest and investigation of anomalous relaxation models. Our idea was to examine some of the plausible signal models and how well they fit the experimental data as an initial approach towards model selection and to try to determine ideal experiments to do this. 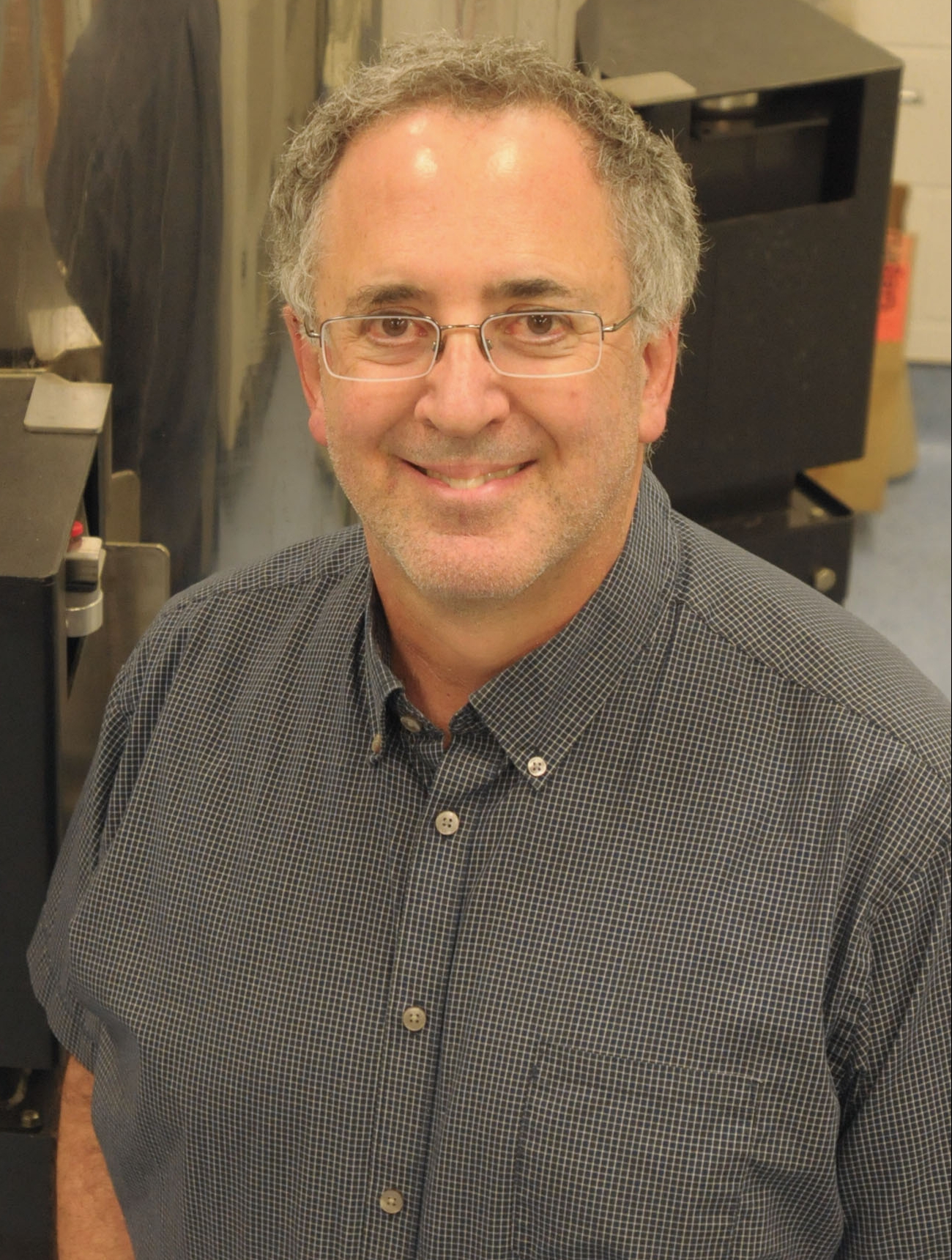 Richard: Years ago, my lab used T1, T2, and magnetization transfer as markers of cartilage degradation and as markers for engineered cartilage. But at some point, it seemed that after initial work relating these parameters to cartilage status, they were providing only limited additional insight. So we extended our cartilage program to include non-conventional signal models for transverse relaxation. David’s multiexponential work, first published in 2009, really brought this into the mainstream of cartilage magnetic resonance. It was a large step forward because these models allow you to look at different molecular compartments. Then, use of the stretched exponential model for relaxation was suggested by our co-author Richard Magin in the context of fractional-order analysis. We published our first paper incorporating this concept in 2011. The current work we are discussing is a major extension of that, and includes study of degraded cartilage.

MRMH: How do the anomalous models from this study arise?

David: As Rick just mentioned, Richard Magin had developed a fractional-calculus derivation of the Bloch equation for describing anomalous relaxation, which leads to the stretched Mittag-Leffer signal model. The origin of the stretched exponential is a little less straightforward. One way it arises from the Bloch equation is under the assumption that transverse relaxation is not a constant but rather has a power-law relationship with time. Given the evidence in non-NMR systems, there could also be a relationship between the stretched exponential model and diffusion in heterogeneous media, but this hasn’t been rigorously proven yet. Based on how well these models fit the experimental data, they are certainly worth further consideration.

MRMH: How do you think such quantitative parameters can change the clinical standard of care, down the line?

David: In osteoarthritis, radiographs tend to detect later changes; this affords limited options for treatment. While MR parameters such as T2 are very sensitive to cartilage matrix status, they are non-specific, so that even with a T2 measurement you don’t know what’s going on in the cartilage. We think these anomalous relaxation models can provide more specific information.

Richard: Right now, there are no effective therapies for osteoarthritis. But to develop a therapy, you have to be able to measure a disorder in a meaningful way. This is just like the fact that developing treatments for high blood pressure requires the ability to measure it. T2 is sensitive to many factors, which is commonly presented as an advantage, but the fact that it is sensitive to orientation, dehydration, macromolecular composition, motion, etc. makes it a poor marker for understanding pathology. An elevated T2 is generally “bad”, but you don’t actually know what’s going on in the tissue. So new methods need to be applied to monitor tissue degradation and evaluate therapy. 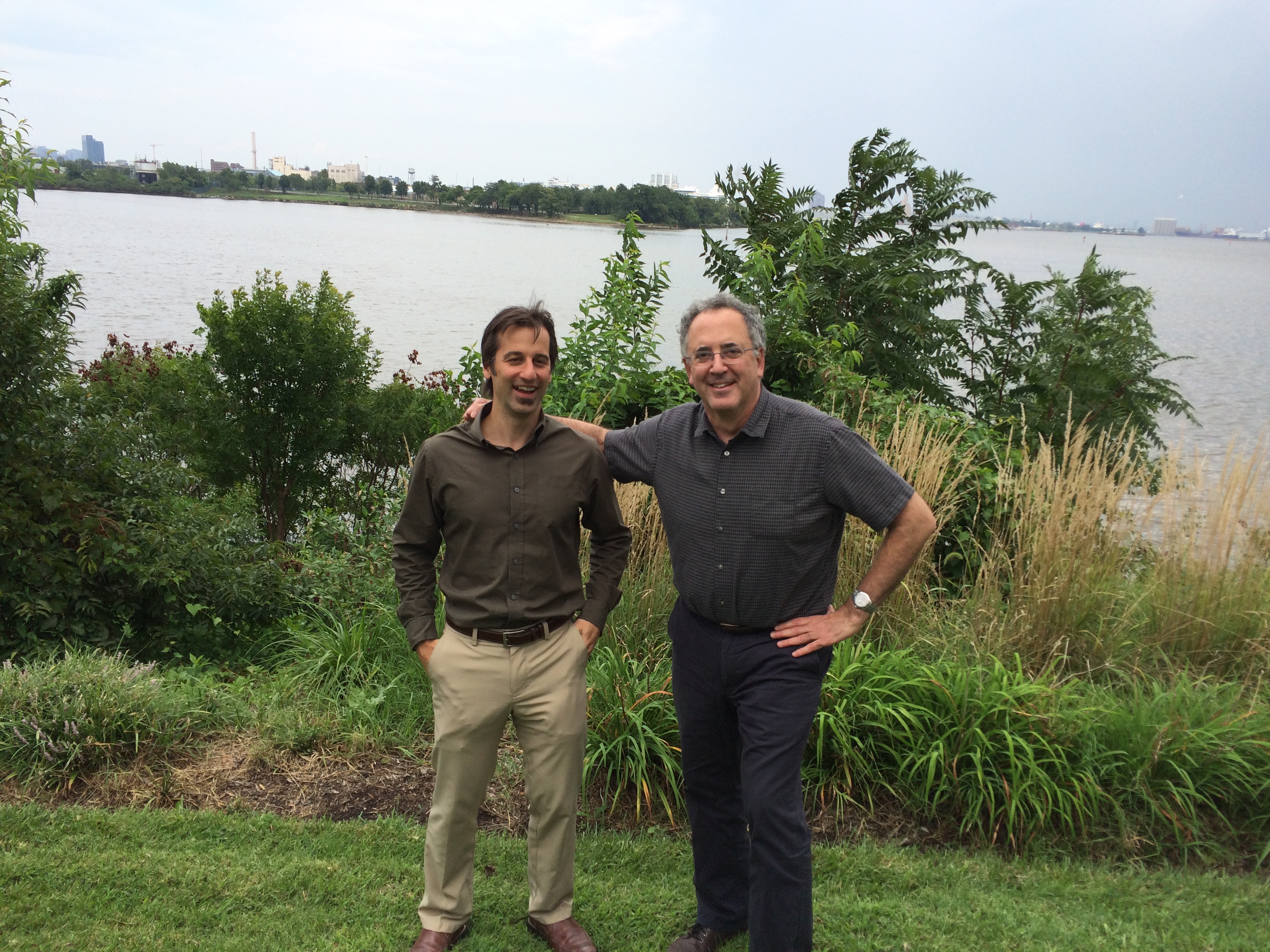 David Reiter and Richard Spencer at the National Institute on Aging in Baltimore, Maryland.

MRMH: Are there any specific challenges that you face with the anomalous models that you might not face with conventional T2 relaxometry?

Richard: As is the case with any model, additional parameters will lead to better fits. But we want to make sure that these parameters are physiologically and statistically meaningful. Moreover, with conventional relaxometry, or other pre-defined models, you only have to face the issue of how best to estimate parameters. If you open up the possibility of other models, including multi-exponential, Mittag-Leffler, stretched exponential, and even combinations of these, you also have to figure out what the optimal model is.

MRMH: As a parting thought, do you have any ultimate goals for general musculoskeletal imaging?

David: Musculoskeletal imaging is a large field with many challenging problems, so I’d hate to dilute my answer too much—so I’ll just talk about cartilage. We want to develop a method to reliably detect and quantify changes in the extracellular matrix. Degradation of cartilage can progress through multiple steps such as loss of proteoglycan content to fibrillation and loss of tissue. If we can measure the earlier changes, we have made a huge advance because it allows us to start looking at therapeutic interventions for osteoarthritis.

Richard: From a clinical perspective, all of our work has to be for diagnosis, prognosis, or therapy. That is what medicine does. It is not clear that conventional cartilage matrix measurements based on bulk parameters values will lead to any of those three. Ultimately, our clinical goal is to further all three of these arms of clinical medicine by establishing more specific magnetic resonance models for tissue pathology.