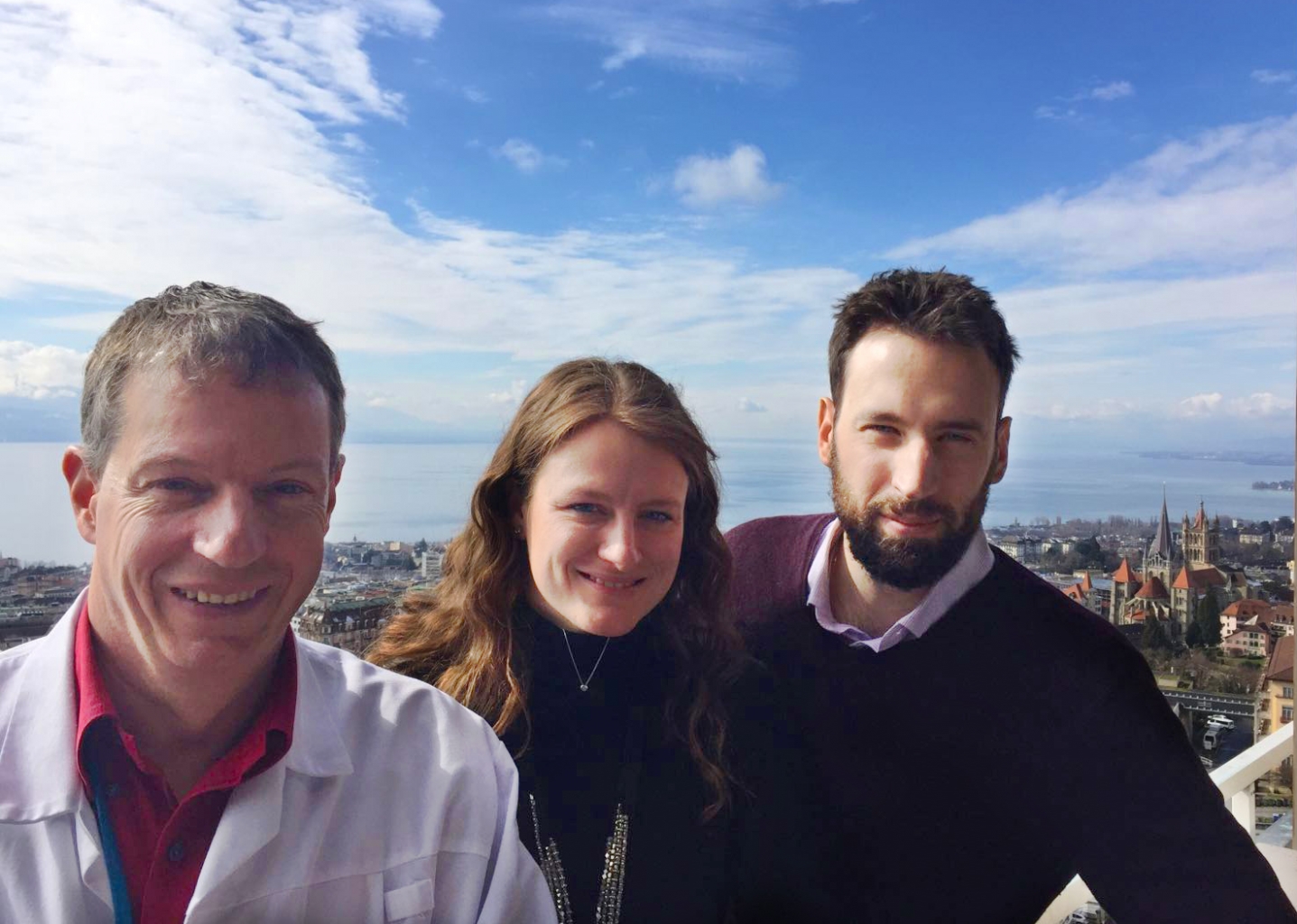 Giulia Ginami is currently a PhD student at the Cardiovascular Magnetic Resonance (CVMR) group, based in the Radiology Department of the University Hospital of Lausanne (CHUV). Her paper, selected as the Editor’s Pick for April, is entitled “An Iterative Approach to Respiratory Self-Navigated Whole-Heart Coronary MRA Significantly Improves Image Quality in a Preliminary Patients Study.” This paper proposes a respiratory motion compensation algorithm that is independent of a specific reference position for motion correction. We recently invited Giulia and senior author Dr. Davide Piccini, to talk about their paper.

MRMH: You are two Italians in Switzerland. Why did you decide to work in Lausanne?

Giulia: My bachelor’s thesis was done in Padova (Italy) and already focused on MRI. I then came to Lausanne for my master’s thesis, under the supervision of Davide and of Gabriele Bonanno, which focused on respiratory self-navigation. I liked the topic and the group so much I decided to stay for my PhD.

Davide: Like Giulia, I also did my university studies in Padova. My first contact with MRI was as an intern at Siemens Corporate Research in Princeton, New Jersey, where I worked on post-processing techniques for cardiac MRI. After that, I worked for 3 years on my PhD with Siemens MRI at the University of Erlangen (Germany). During that time Prof. Matthias Stuber visited us from Lausanne and we started to collaborate on motion correction topics for coronary MRI. Later, I became a Siemens employee in Lausanne, where I continue to collaborate very closely with Prof. Stuber’s group.

MRMH: Now that we know how you got here, can you tell us about the background of this paper on self-navigation?

Giulia: Typically, it takes a long time to acquire a high-resolution 3D coronary MRA dataset in free-breathing. Respiratory motion compensation is a major challenge. Unlike the commonly used diaphragm navigation, self-navigation allows you to extract the structure of interest (the heart) and derive the motion information from the imaging data itself. In this way, reliable motion correction can be performed and 100% scan efficiency is achieved with no need for data rejection.

Davide: It isn’t easy to prescribe the navigator. It is also nearly impossible to predict the scan time, when you rely on an acceptance-rejection algorithm to suppress respiratory motion artifacts. In comparison, self-navigation promises to be more precise and practical in a clinical environment, because it allows for motion correction, and has a pre-defined scan duration.

MRMH: How did this particular study come about?

Giulia: The self-navigation signal used in our studies is a 1D superior-inferior (SI) projection of the 3D volume. Our 3D radial acquisition scheme, based on a golden-angle / phyllotaxis arrangement of the readouts, allows us to acquire such projections with each heartbeat. Conventionally, as in many similar approaches, we take one of the projections as reference, and cross-correlate it with the other projections to track the relative displacement of the heart. We did a preliminary study on healthy volunteers to see if and how different reference respiratory positions impact the final reconstructed images. We found that image quality was significantly better if end-expiration was chosen as a reference. Then, we expanded this study to patients, who usually have more irregular breathing patterns over the duration of the scan making it hard to determine a preferred reference position a priori. Therefore, we decided to develop a robust algorithm for the patient population that does not require a specific reference position.

Davide: The algorithm proposed in this paper considers the whole matrix of SI projections along time and iteratively shifts them along the SI direction to maximize an objective cost function that quantifies the global “degree of alignment” or, more specifically, a global cross-correlation measure. The iterative process is therefore intrinsically guided by the most frequent respiratory phase with no a-priori input needed, which is why it might be more robust in a patient population. 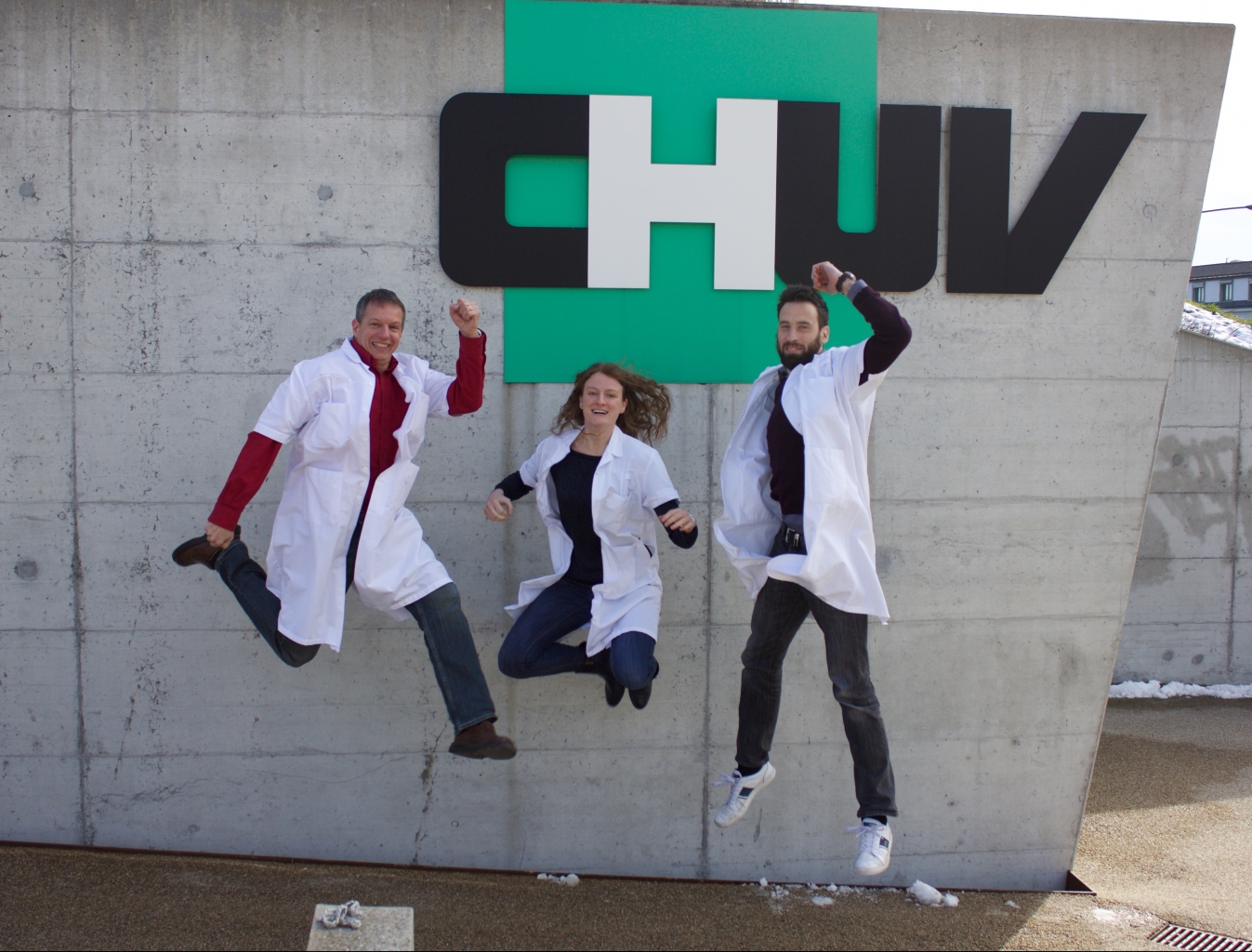 MRMH: Can you comment on the reasons for choosing the most frequent respiratory position as reference, and for sticking to a 1D motion model?

Giulia: If the motion were purely a 1D translation, the choice of a reference position would not matter. However, in practice, the respiratory motion of the heart has more complicated motion patterns, like rotation and affine transformations. So the shape of the blood pool you see in the 1D projection could vary among the different respiratory positions. If the most frequent respiratory position is chosen as a reference, you maximize the similarity between the reference and the majority of projections. If you choose a less frequent position, the confidence of the cross-correlation algorithm would decrease since the similarity between the reference and other profiles is less pronounced.

Davide: The self-navigation technique based on 1D projection has been fully integrated into our routine acquisition, with motion correction and reconstruction happening in real time at the scanner, already three years ago. We saw that in more than one thousand patients that the 1D SI projection was able to capture and correct for the biggest displacement. Along with the intrinsic motion-robustness of the radial acquisition, we are able to achieve diagnostic quality in most cases. Moreover, the iterative algorithm described in this paper can be extended to more complex 2D or 3D motion models by redefining the cost function.

MRMH: What do you want to do next?

Davide: We’re incorporating the XD-GRASP algorithm into our work. This is a collaborative effort with NYU and it represents a paradigm shift in coronary MRI. Thanks to our golden-angle based 3D radial trajectory, instead of correcting for the respiratory motion, images at different respiratory phases can be reconstructed with a sparse sampling scheme and reconstructed with a compressed sensing algorithm where the regularization happens along the respiratory dimension. This work on respiratory motion-resolved coronary MRI has been recently accepted as a full paper in MRM and will be soon available in early view.

Giulia: Another direction we are taking is towards imaging of coronary endothelial dysfunction and “positive remodeling” of the coronary vessel wall. Instead of just looking at stenosis, we can detect coronary artery disease at a much earlier stage by assessing the presence of endothelial dysfunction and outward growth of the vessel wall. For those applications, we’re also using a radial sampling scheme and a k-t sparse SENSE algorithm to perform acquisitions at higher spatiotemporal resolution.