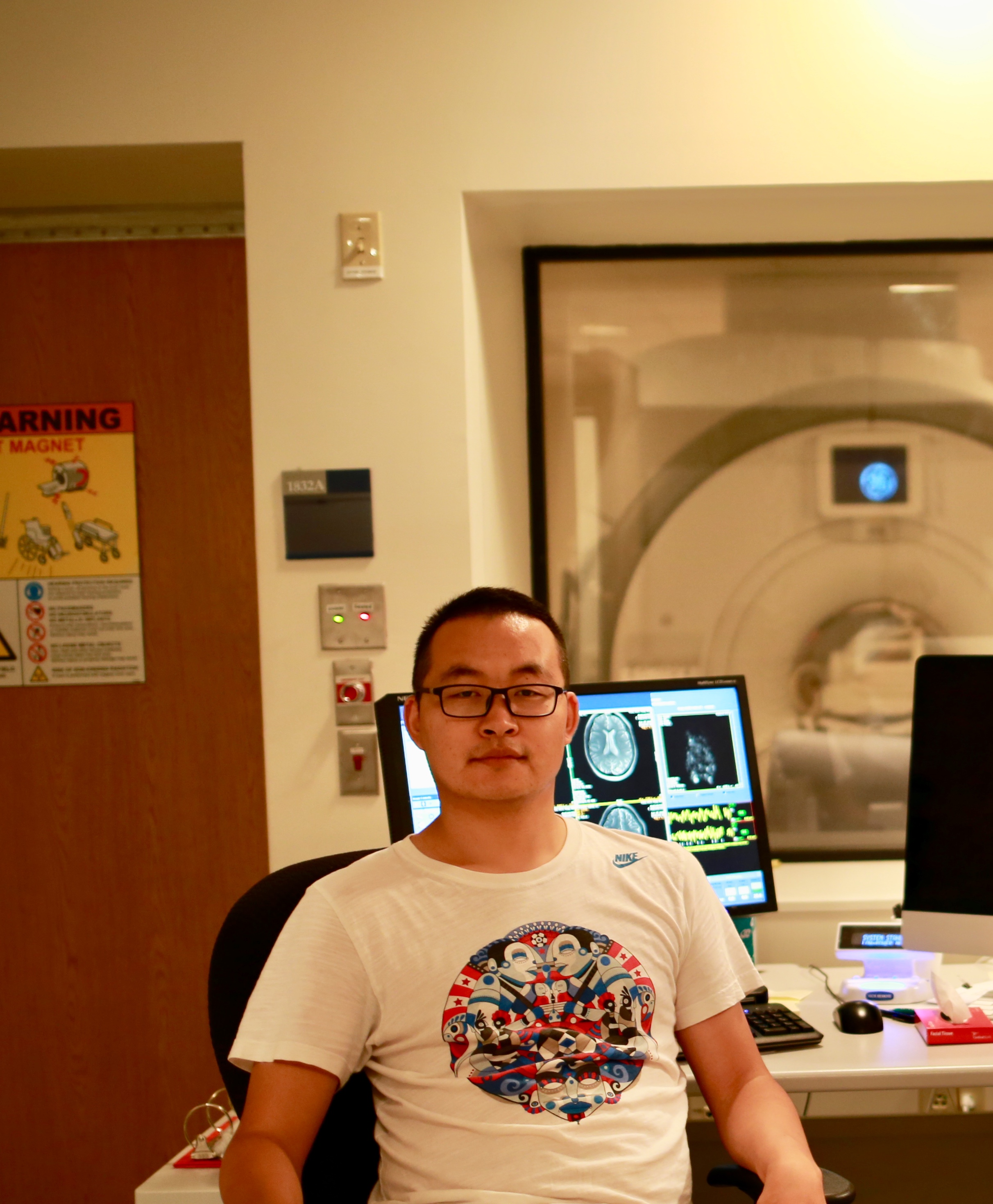 Recently, we had the pleasure to sit down and have a chat with Dr. Hongjiang Wei and Dr. Chunlei Liu about their editor-selected manuscript entitled “Investigating Magnetic Susceptibility of Human Knee Joint at 7 Tesla.” The conversation took a technical turn right away, when we asked the authors about their chosen technique, quantitative susceptibility mapping (or QSM). Hongjiang explained that, “quantitative susceptibility mapping is an approach to, as the name implies, extract a map of the underlying tissue susceptibility on a pixel-by-pixel basis. QSM computes the magnetic susceptibility from the phase signal of gradient recalled echoes with the assumption that phase shift is mainly due to susceptibility induced field inhomogeneity.” In simple terms, it is a map that demonstrates how tissues interact with the magnetic field of the MRI scanner.

Hongjiang completed his Bachelor’s degree in Electrical Engineering in China, then started work in MRI seven years ago for his PhD in France. He was interested in using cardiac DTI to study myocardial fiber architecture. Towards the end of his PhD, he found, “QSM was even more interesting.” Hongjiang contacted Chunlei after the completion of his PhD in 2014, and was offered a postdoc in Chunlei’s lab at Duke University.

Chunlei initially planned to get a PhD in solid state physics, but his main interest has always been how to use physics to study the brain: “I study these fundamental laws of physics, but then I realize there are so many things we cannot fully understand using only these laws… and subjects like biology become intellectually fascinating.” Chunlei recently decided to continue with his brain exploration at UC Berkeley, after having spent seven years as a professor at Duke.

How it all began 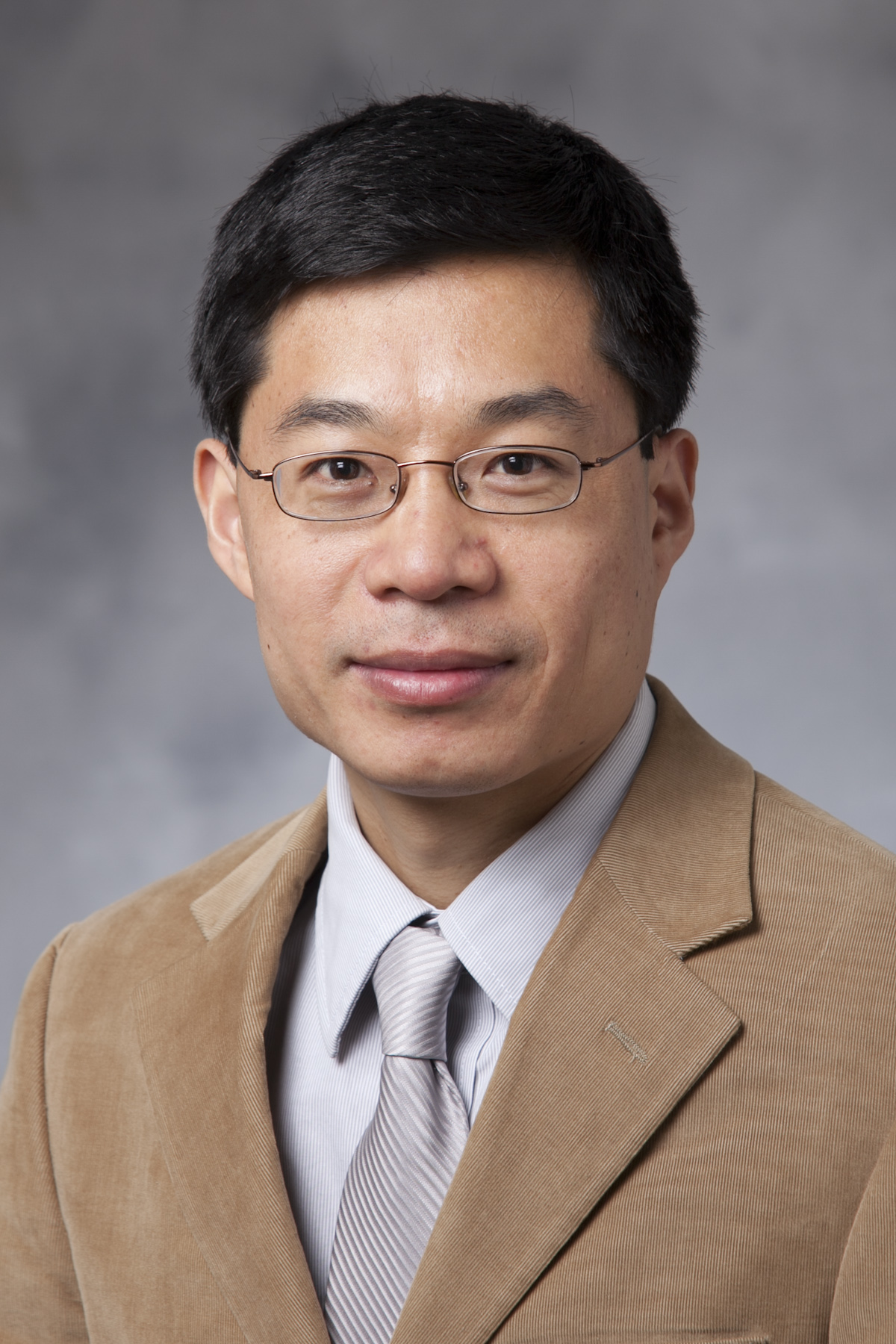 Chunlei has been at the forefront of QSM development, applying this technique to brain, heart, and even kidney. Recently, the knee captured his interest, “It is like everything we do; once you have a hammer, you think everything is a nail.” It was the white matter anisotropy in the brain that led Chunlei and colleagues to look at other tissues that would potentially have a similar effect, such as the knee: “QSM gives a pretty unique anatomical contrast between the different knee tissues; for example, the nerve is pretty diamagnetic with respect to the surrounding tissue.” With previous studies showing distinct diffusion patterns in cartilage, they were curious to see if they could observe substructures in the knee using QSM.

The major advancement of this work

Hongjiang went on to describe the unique anatomical contrast in the knee joint based solely on tissue susceptibility differences: “Through the developments of this work we have a sensitive way of differentiating a healthy knee from a diseased knee. When validated through clinical studies, this can be a very useful tool for diagnosis.” Furthermore, he observed QSM differences for cartilage layers in vivo, which were then validated using simulation studies and ex-vivo experiments. This is particularly relevant as a clinical application, because, “the multi-layer structure revealed by different magnetic susceptibility is missing in patients with cartilage degeneration compared with that of healthy subjects, indicates microstructure alterations or changes in the constituents of the cartilage.”

The QSM technique is already translatable into the clinic: “[in terms of clinical usage] I think there are some advantages with this technique; it relies on a simple GRE sequence, which most people use, and most scanners have. It doesn’t add to the scan time, which is mainly the issue in the hospital. They can save the raw data including phase and produce these QSM images that will be very useful for the clinicians and radiologists.” 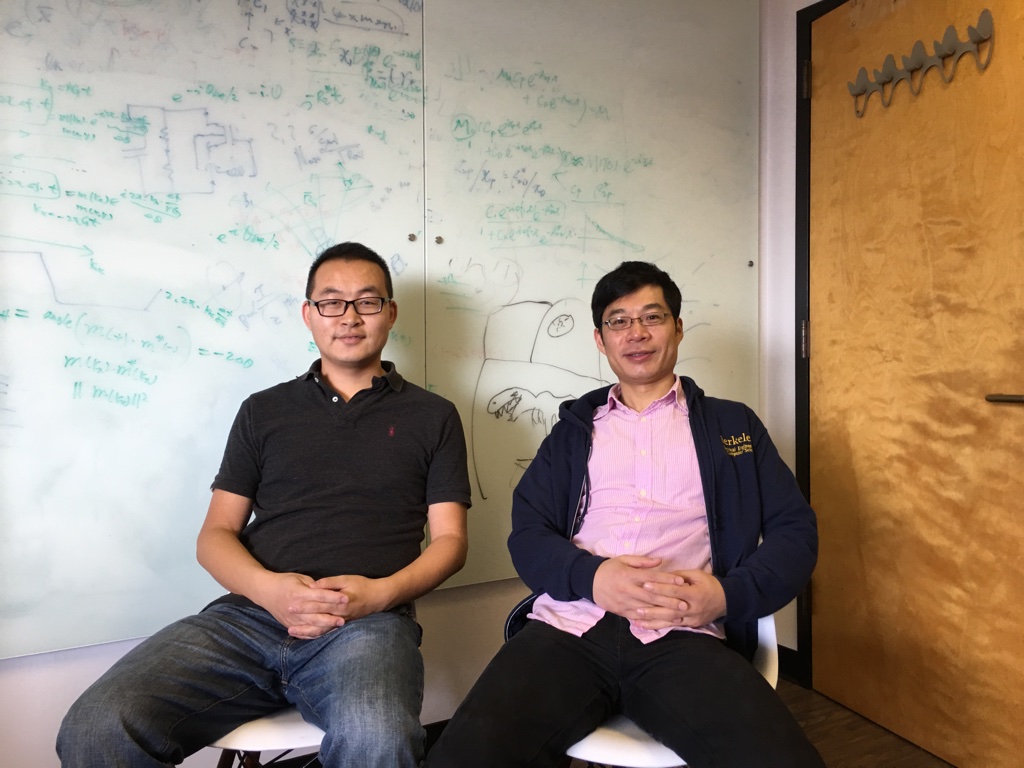 But as Chunlei added, it can be a double-edged sword: “In one sense because of the anisotropy we can generate this orientation-dependent susceptibility contrast, which Hongjiang referred to. On the other hand, if the position of the knee is changed between two scans the susceptibility values could be different, because of that same orientation dependence. To fully quantify this, we need to perform susceptibility tensor mapping (much like the ex-vivo experiments in the manuscript), which is not possible on a live person…but because of the anatomical position of the knee, it is always going to be relatively the same within the scanner; B0 is likely parallel to the knee joint. So that change should not be a big concern, as long as you position the knee relatively parallel to B0.”

To support this, Hongjiang shared a second paper, published in the same issue of MRM, on their histological validation studies using Atomic Force Microscopy which can be found here.

QSM compared to other imaging approaches

We asked our authors to comment on how QSM may be similar or different to other approaches that enable visualization of structures in the knee.

“DTI is not very good at getting the orientation information of collagen, because the structures are small, on a scale where the water diffusion is just not sensitive to it. T1ρ is a measure of proteoglycan and the hydration of the collagen, but based on our simulations and calculations, susceptibility is more directly looking at the collagen itself. T2 tends to be more of a measurement of collagen in the cartilage, whereas susceptibility, as our results show, gives us more information about the microstructure of the collagen fiber. One major benefit compared to DTI and even T1ρ and T2 mapping is that 3D GRE acquisition is quite short for this application.” 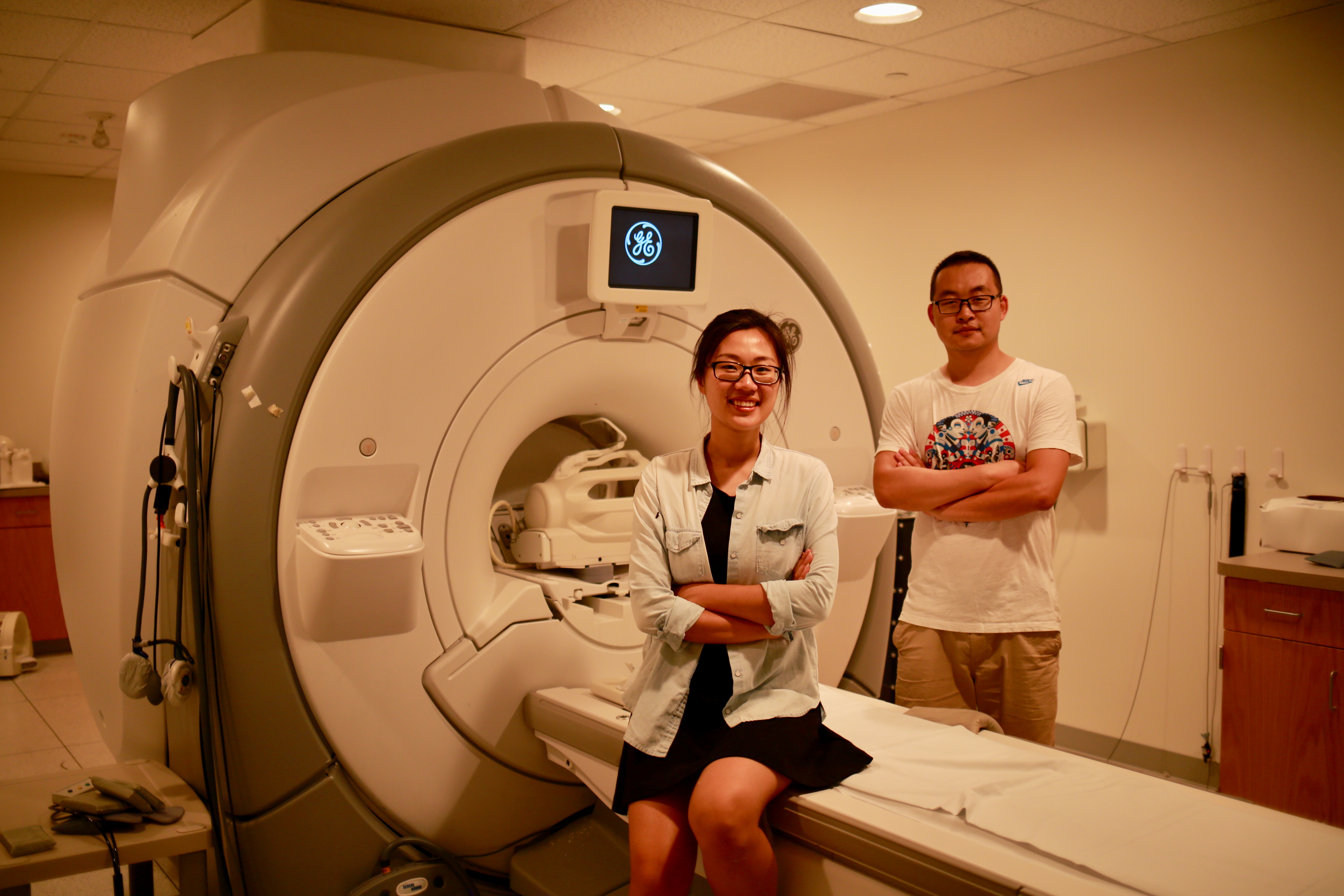 Taking the next steps

Hongjiang is already taking the next steps, with an ISMRM research exchange fellowship award. He is collaborating with Ruijin hospital in Shanghai to investigate QSM for the knee in aging, as well as in diseases such as osteoarthritis.

A final thought from Chunlei on the future of this work, “The question is whether this can be clinically useful. That is not clearly proven; we do not have that evidence or data to support that QSM will have added clinical values for diagnosis or will help treatments; that is why Hongjiang is taking to work with clinicians and look at what clinical value this technique actually provides.”