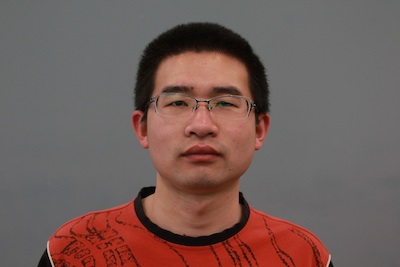 We sat down across time zones again (Australia in the morning, US east coast late afternoon), this time with Hua Li and Junzhong Xu, first and last author of their recent paper “Impact of transcytolemmal water exchange on estimates of tissue microstructural properties derived from diffusion MRI“. Apart from discussing the paper, we couldn’t resist touching on the topic of social media in research these days, as well as the challenges and peer pressure involved with designing good acronyms for novel methods…

Thijs: Hua, can you tell us a bit more about how you ended up working on (diffusion) MRI research?

Hua: My undergraduate studies were on quantum computing using NMR. It’s very fancy: the goal is to build a quantum supercomputer. But when I started my graduate studies, I decided to do something more practical; something that’s more valuable or useful today. That’s when I switched to MRI for my PhD. I’m pretty interested in different MRI methods and contrast mechanisms: diffusion, relaxation, magnetization transfer… diffusion is just one part of it.

Thijs: Junzhong, what about your background? How did it lead you to diffusion MRI?

Junzhong: I’m a physicist, my background is actually computational physics. I used to do computational nano optics; that’s very different (from MRI). But in the second year of my PhD studies, I decided to change my major. At that time Dr. John Gore (who became my PhD mentor later) was looking for someone who could do diffusion MRI simulations, so I joined his group. That’s how I started with my research in MRI… it’s been many years since then!

Thijs: Junzhong, when I read the paper, something in the contact information caught my eye… I saw your Twitter handle in there! That’s definitely still not a common sight. Do you think social media is starting to play a more important role for researchers?

Junzhong: Absolutely! Frankly speaking, I don’t use Twitter a lot. But I do like to use it, for example on my phone when I have some time… it’s actually quite fun! In the past, you’d just read finished papers in scientific journals from researchers you may or may not know. Nowadays, you can follow them and get a lot more information; some researchers share ideas they start to think about… and not only about science, but also about their opinions on the world. Twitter, for instance, also has a limit on the number of characters you can publish; so you must be very precise. Nowadays, everybody is very busy, so you want to deliver your message with a limited number of words. I also end up reading a lot of papers recommended on Twitter outside the field of MRI, in journals I wouldn’t usually read… which is very interesting!

Thijs: On to the contents of the paper! The title is already very specific: can you explain us what “transcytolemmal water exchange” (a topic central to the paper) is exactly?

Junzhong: We borrowed this term from the field of dynamic contrast enhanced MRI, where it has been used for more than 10 years now. It mainly indicates the water exchange between the intra- and extra-cellular space. This turns out to be a very important concept for diffusion MRI specifically: for instance, you have to consider very different diffusion and relaxation properties in the intra- and extra-cellular spaces, and taking into account the water exchange between both makes the models very complicated. Nowadays, with higher gradient strengths people can probe higher b-values; so it’s quite normal now to develop multi-compartment diffusion models… but including the water exchange is still a big challenge. Many diffusion models simple assume no water exchange. This does yield reasonable results, but the question is still: how accurate are these results actually? That’s the motivation to study this important topic in our studies.

Thijs: The paper compares several methods, one of which is “IMPULSED”, a method from your group. Can you briefly give us a bit of background on this method?

Thijs: Junzhong, how did you end up choosing that acronym?

Junzhong: Originally, I wanted to choose a cool name… but it turns out I’m not very good at this. I came up with a few names, but realised it’s actually quite hard! There’s quite a few cool acronyms in the field of MRI: SENSE, PROPELLER, GRAPPA, … but “IMPULSED” was the best I could do. At some point, I even Googled “how to make good acronyms?”. Websites exist where you can enter some keywords, and they will suggest some acronyms. I tried for more than an hour, but found out it wasn’t very helpful at all! Suddenly, “IMPULSED” came to mind: it sounded alright, I just had to put the words in the correct order. Finally, it seemed to work well. I shared the acronym with some colleagues. Some didn’t like it and at least one professor was convinced he could come up with a better one. But after one week he came back to me and said: “That’s probably the best we can get!”

Thijs: An acronym like this does make it more easy to remember!

Junzhong: Exactly. Names like OGSE, combined OGSE and PGSE… these things get hard to remember. But some peers said it was much easier to remember acronyms. Some people, on the other hand, hate that there are so many acronyms out there. It’s so hard to follow nowadays. I totally understand this.

Thijs: So, the paper investigates the impact of the water exchange on the IMPULSED method, compared to some other methods; but also the impact on different microstructural parameters. Which parameters end up being most susceptible to the effects of water exchange?

Junzhong: The water exchange influences the (intra-cellular) volume fraction significantly, but it has (strikingly!) much less influence on the estimation of cell sizes. Using the IMPULSED method, especially due to inclusion of much shorter diffusion times, the influence of water exchange on the intra-cellular diffusivity is also lower. This work was actually inspired by our previous in-vivo investigations. We measured cell size and cellularity in vivo, and validated the results in a model of pathology (mouse xenografts). Surprisingly, the cell sizes were quite accurate, but the estimated cell density was significantly biased. We then hypothesised that the water exchange was the source of bias, because water exchange is much faster in these tumors. Then we performed this study and it turns out our hypothesis was true.

Thijs: Any specific tips you could give to our readers who may be interested in implementing the IMPULSED method in practice?

Junzhong: On a human scanner, it’s well known that OGSE is hard to implement, but we were still able to do it. We found that we may not get a diffusion time that short, but it’s still possible to get the diffusion time down to 10 ms with a b-value of about 1000 s/mm² (e.g. as in DTI) and for 5 ms the b-value can only get to around 250 s/mm². The sensitivity to different length scales depends on the diffusion time you can achieve. For a cell size around 15-20 microns, getting the diffusion time down to 10 ms can significantly enhance the sensitivity. That’s why we were able to successfully apply IMPULSED in human breast cancer: the sensitivity is so good we can scan for about 5 minutes and get the total parametric volume of mean cell size and apparent intra-cellular volume fraction of whole tumors. PGSE-only methods would be less sensitive to those cells sizes, so you’d need a longer acquisition time. But the challenge is that IMPULSED is a combination of two very different measurements, PGSE and OGSE. They are susceptible to different things. OGSE is for instance relatively less sensitive to background susceptibility and flow effects. You should at least make sure you get the expected (and identical) ADC values in free water for either OGSE and PGSE!

Hua: But I’d say, let’s go for it and implement IMPULSED on human scanners, and see what we can get!

Junzhong: Indeed, unless you can show great potential for applications in the clinic, the scanner vendors won’t be interested. But the gradient coil is still a challenge on human scanners: it’s typically still limited to 80 mT/m. The shortest diffusion time with a decent b-value will then only be 10 ms. The sensitivity is then mostly valuable for e.g. the sizes of cancer cells. But neuroimaging is still a very different story…

Thijs: Hua, we heard you’ve recently moved on to a new job! Where is the future taking you?

Hua: I’m now an imaging scientist at Nemours Hospital (Wilmington, Delaware). We have a PET-MR center. Our interest is in epilepsy and autism, using multi-modal imaging: ultrasound, EEG, PET, MRI, CT, … So I’m now becoming a “real” imaging scientist, not only limited to MRI!

Thijs: Good to hear you’re still enthusiastic about imaging science. We wish you all the best!