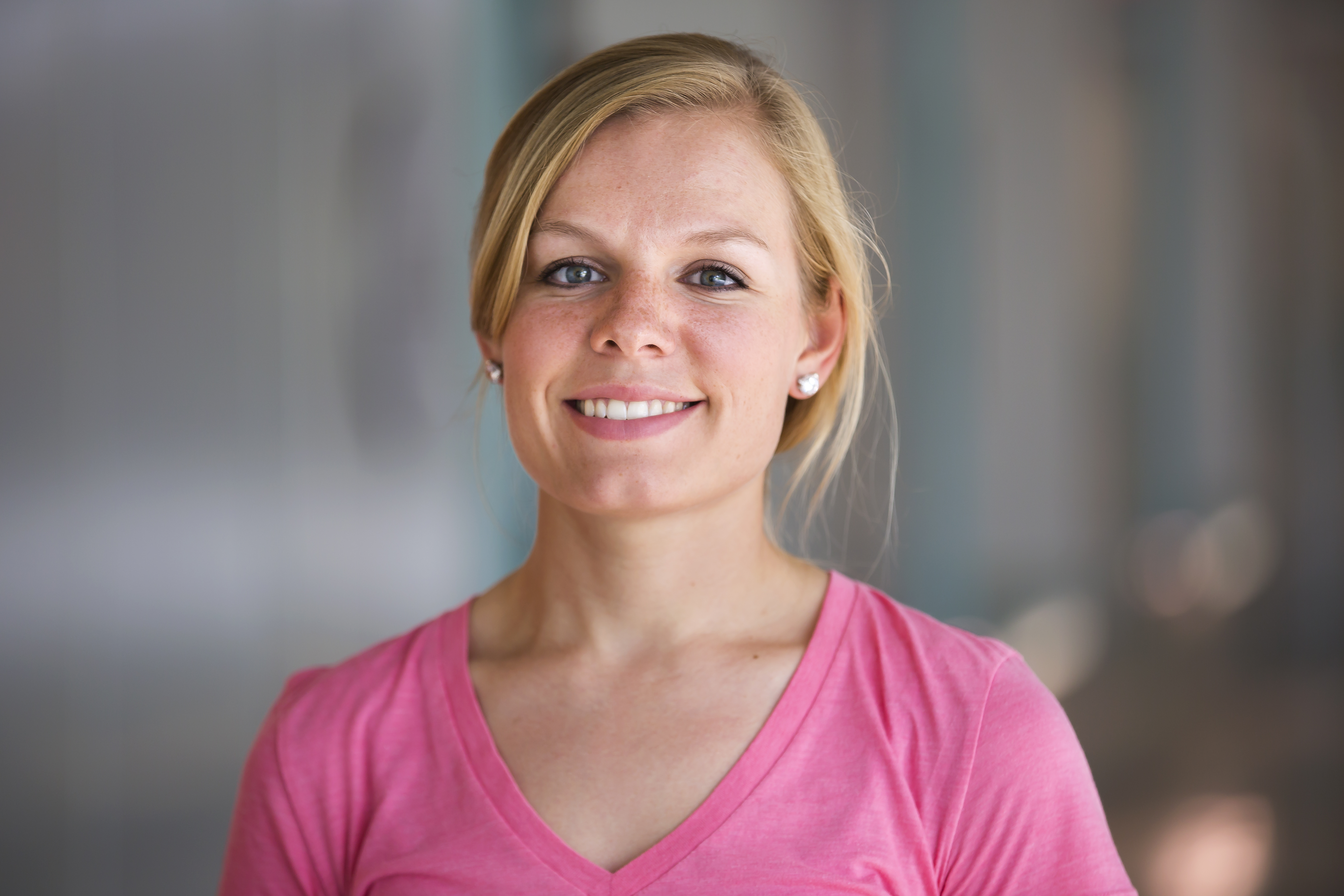 Kathleen Ropella received her Bachelor’s Degree in Biomedical Engineering at Marquette University, and her Master’s Degree at the University of Michigan, where she will defend her PhD thesis this semester (busy times ahead!).

Douglas C. Noll did his PhD in Electrical Engineering with Al Macovski at Stanford, after being introduced by his intramural basketball pals, Dwight Nishimura, Steve Conolly, and Craig Meyer. In 1991, he started his first faculty position at the University of Pittsburgh, working on functional MRI with the first 3T magnet GE ever made. Doug later transitioned to be a professor of biomedical engineering at the University of Michigan – so he’s been in the field of MRI for about 30 years now!

Their paper, “A Regularized, Model-Based Approach to Phase-Based Conductivity Mapping Using MRI,” was focused on two things: first, achieving accurate measurements of conductivity – which describes the ability of a tissue to conduct electric current – at tissue boundaries; and second, the possibility of using non-quadratic regularizers, thanks to advances in compressed sensing.

MRMH: Can you briefly explain what is regularized, model-based conductivity mapping?

Kathleen: This is our inverse-problem approach to mapping conductivity in vivo. We’ve asked ourselves: “Is the inverse of an inverse problem a forward problem?”…but that’s another story! [laughs] It’s a matter of iteratively calculating the model-based phase profile on the MRI scanner, and subsequently adding regularization to improve SNR in the results. 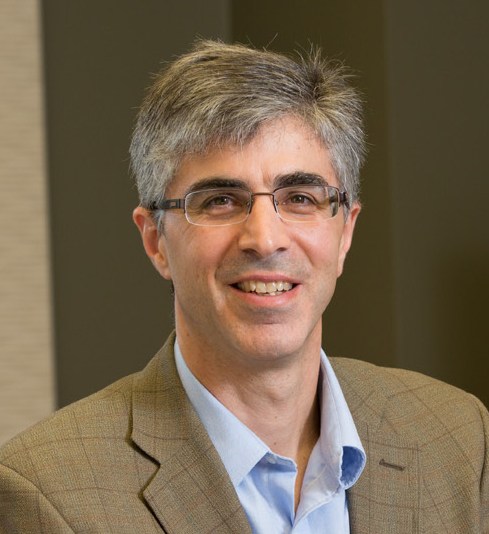 Doug: We are always trying to understand physiology better. There are many MR and vascular parameters (T1, T2, diffusion, perfusion), and conductivity represents yet another window into tissues, another way to probe what is going on.

MRMH: Which clinical applications do you think would take the most advantage from your approach?

Kathleen: Conductivity is drastically elevated in malignant tumors, so there’s plenty of open research questions about how it might correlate with other tumor-induced abnormalities. It would be interesting to see, in future studies, how conductivity would change after treatment, and perhaps use this information for managing treatment choices and patient care.

Doug: We are also hoping conductivity mapping might prove useful in domains we haven’t tried yet, so we are still looking for the killer app. Oncology seems to be the most promising one, but time will tell whether conductivity mapping is unique enough compared to other physiological measurements (e.g., use of contrast agents, mean transit time, pharmacokinetic parameters).

MRMH: Conductivity mapping is also a crucial factor when it comes to MRI safety – toward what advances do you think your method could lead us?

Kathleen: A common aim that end-diagnostics and MR safety share is the need for accurate high-resolution conductivity maps. Hopefully, our method will improve calculation and prediction of the Specific Absorption Rate (SAR) and of temperature increases.

Doug: SAR calculations are done with very generic models, e.g., with assumptions based on body weight. There are more precise models where you take the images and perform image segmentation and classification assigning textbook values, and we think this is the next level of greater accuracy by measuring conductivity directly.

MRMH: Should we be looking at SAR outside the brain? How would you suggest that SAR measurements are done moving forward?

Doug: We work with the brain primarily for convenience in validation, and we discussed with a neurosurgeon about the potential applications in targeting the Glioblastoma Multiforme (GBM). But ultimately, we want to predict SAR over the entire body, since we are using a body transmitter.

Kathleen: The more accuracy you get when it comes to SAR measurements, the more freedom you give to MR pulse designers in terms of safety margins.

MRMH: What was the biggest surprise you encountered while carrying on your work?

Kathleen: That it started working in vivo [laughs]. Also, the use of regularizers helped us get a good trade-off between SNR and resolution. We didn’t really expect such improvements in SNR.

MRMH: You validated your method in numerical simulations, a phantom, and human subjects – that’s a lot of work! How did you handle it, and which was the hardest part?

Kathleen: I found the electromagnetic simulations challenging, particularly finding the appropriate tools and implementing them.

Doug: Simulations are important because we don’t know the ground truth otherwise.

Kathleen: And, in turn, lack of a gold standard for conductivity in the brain introduced challenges with the validation on human subjects. 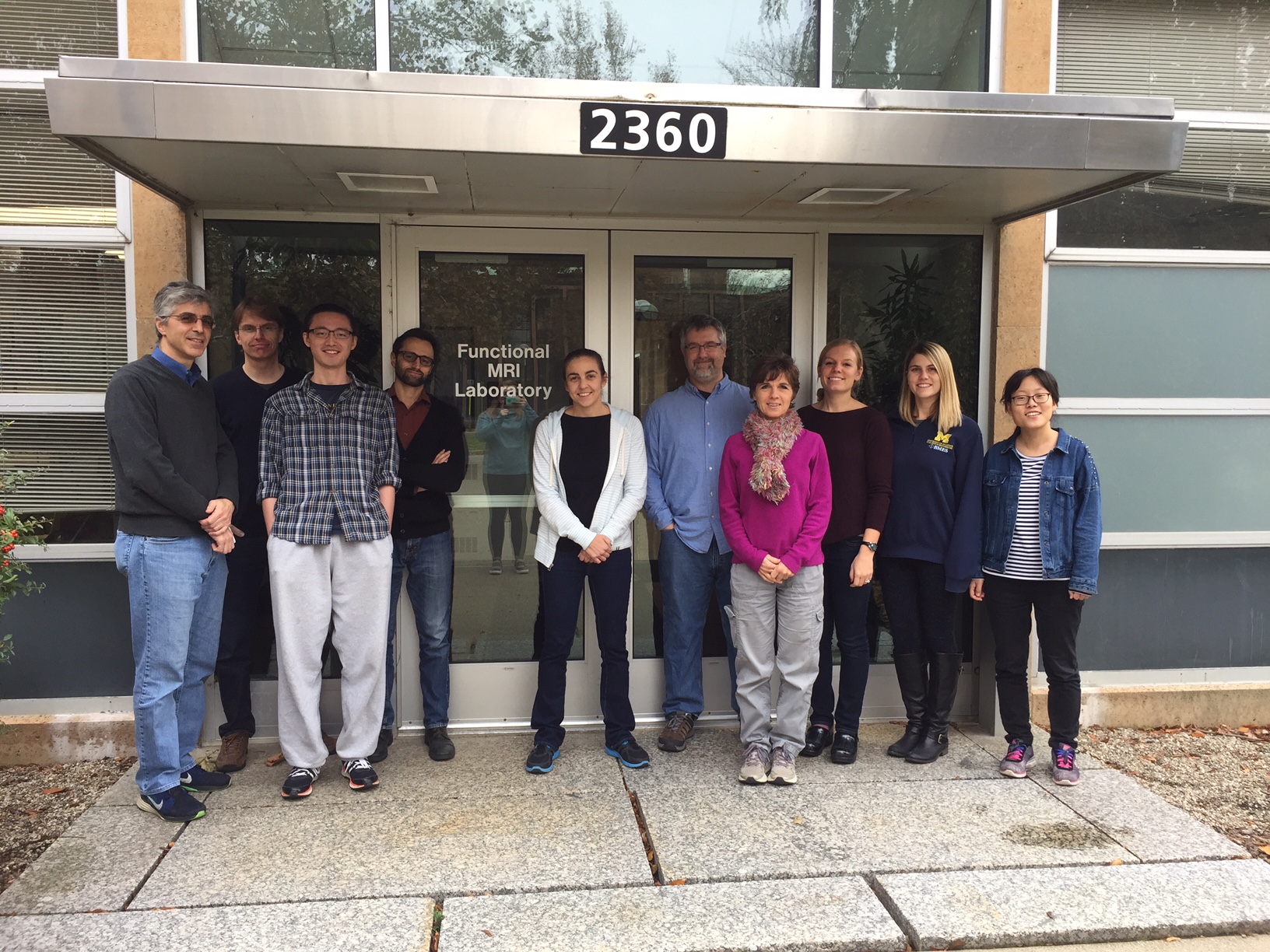 The functional MRI laboratory team at the University of Michigan

MRMH: How did you solve this issue?

Kathleen: We reported the measures, and considered it to be positive that there wasn’t a consistent bias between our estimates and those obtained with what we consider a conventional method.

Doug: I’m not sure how much faith we have in the textbook values. It is actually very difficult to measure conductivity in non-homogeneous tissues.

MRMH: What are your next steps?

Kathleen: Adding a non-negativity constraint to handle those large zero-valued regions around the ventricles and at compartments boundaries. This problem arises because you try to smoothly connect two parabolas, but there is an apparent inflection in the curvature. It would be sort of an informative constraint for the values in those regions.

We are also looking at conductivity as a tensor, rather than a constant, investigating how it changes as an object moves within the magnetic field. That’s certainly more challenging!

MRMH: Do you expect the conductivity tensor anisotropy to have any relationship with the diffusion-tensor diffusivity of water?

Doug: We expect them to be related: “how”, exactly, is not clear yet.

Kathleen: Based on some preliminary results, we think that anisotropy of the conductivity tensor would be on a larger scale than that of the diffusion tensor.

Doug: Anisotropy measurements in water diffusion are on a micron scale, while conductivity tensors seem to be on a larger, possibly millimetric scale – or at least that is what we are able to measure with our instrumentation.