By Atef Badji and Nikola Stikov 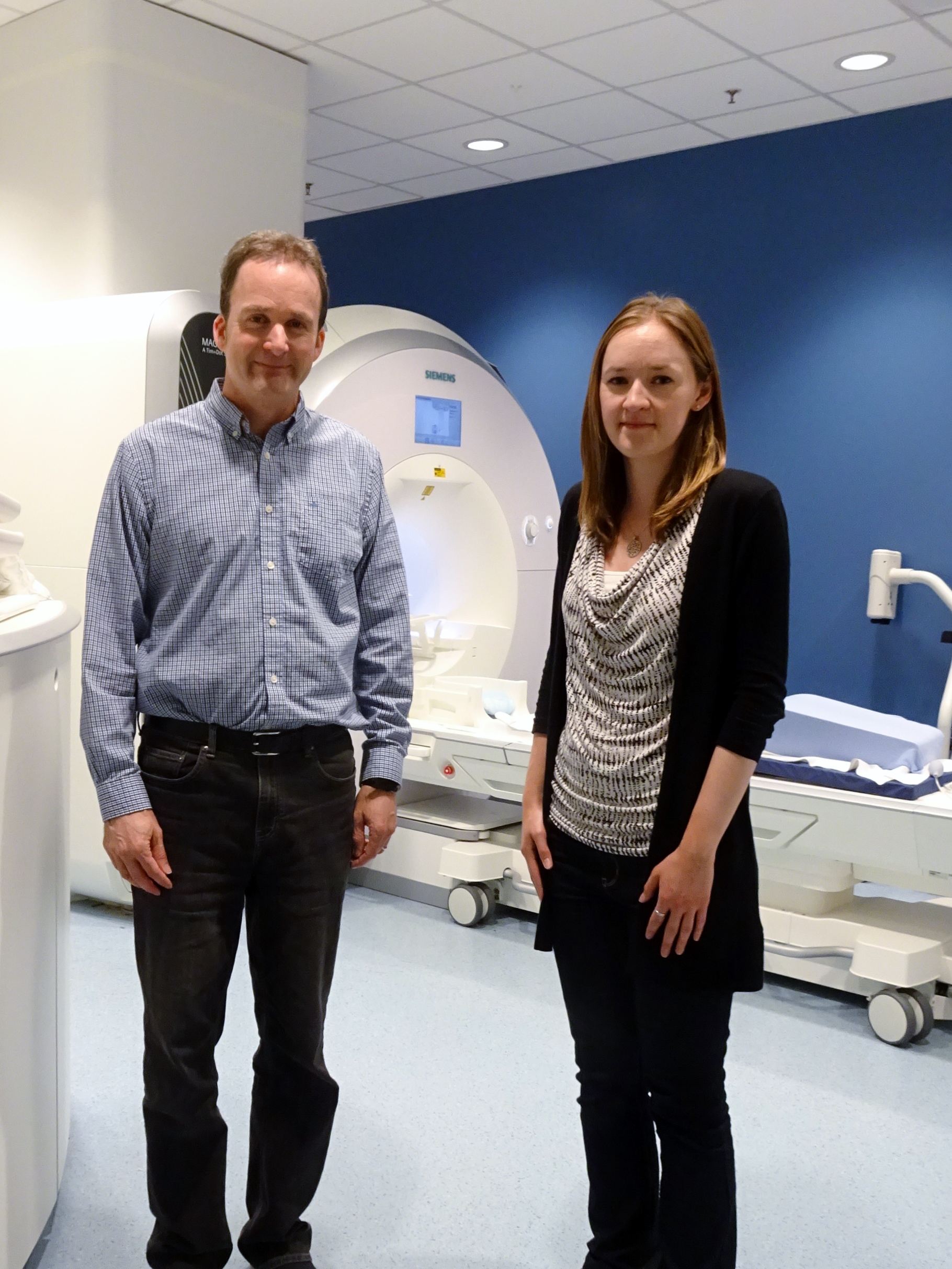 Among the Editor’s picks for May comes a paper from the department of Physics at the University of Alberta in Edmonton, Canada. In their work entitled ‘Transverse relaxation and flip angle mapping: Evaluation of simultaneous and independent methods using multiple spin echoes‘, Kelly McPhee and Alan Wilman evaluated transverse relaxation (T2) and flip angle maps derived from Bloch simulations and Extended Phase Graphs (EPG). We conducted this interview with Kelly on a beautiful Sunday afternoon at the Honolulu convention center during the annual ISMRM meeting.

Atef: How did you come to work in MRI ?

Kelly: I participated in UBC’s Co-op program during my undergrad and I ended up working on fMRI quality assurance with Dr Bruce Bjornson at the BC Children’s hospital. I met Alan through connections I made at that time, and he was the second reader on my undergraduate thesis. Back then he offered me a position to do a Master’s in his lab, but I wanted to stay in Vancouver. Two years later, I contacted him again and joined his lab to do my PhD.

Atef: Can you please give us a brief summary of the paper ?

Kelly : We are exploring the accuracy and sensitivity of simultaneous T2/B1 mapping methods via two different models for fitting multi-echo spin echo experiments, namely Bloch simulations and Extended Phase Graphs (EPG). The main difference between the two is that the Bloch simulation approach calculates the slice profile exactly, whereas the EPG approach approximates it. We used simulations, phantom and human brain experiments to compare our findings. We found that EPG and Bloch approaches provided similar T2 results in most cases, though they are systematically different. The Bloch approach, and EPG with Shinnar-Le Roux (SLR) slice profiles provided the most accurate T2 values. However, when T2 and B1 are simultaneously fit, the EPG fitting provides highly inaccurate B1, although T2 is adequate. This is due to the slice profile approximation used by EPG. We also found that providing an accurate B1 map to the EPG algorithm leads to further inaccuracies in T2, so the EPG method should not be implemented as a two-parameter fit using a provided B1 map. In contrast, the Bloch approach is effective either as a simultaneous T2 and B1 fit, or with a provided B1 map. The Bloch approach is much less susceptible to noise when an accurate B1 map is provided, and we recommend using a separately measured B1 map when it is available. However, if the provided B1 map is inaccurate, errors will be introduced.

Nikola: For B1 mapping you used FSE, which is inherently T2 weighted. There are other B1 mapping techniques (AFI, EPI-SE) that might be better candidates. What is the benefit of simultaneous T2/B1 fitting ?

Kelly: There are a number of B1 mapping methods that all produce reasonable results.  A double angle method with fast spin echo was easy to implement, and we added a correction for slice profile. The benefit of simultaneously fitting B1 and T2 is that in data sets that lack a B1 map, accurate fitting can still be performed. For example this is very common in retrospective data, where a B1 map has not been acquired. 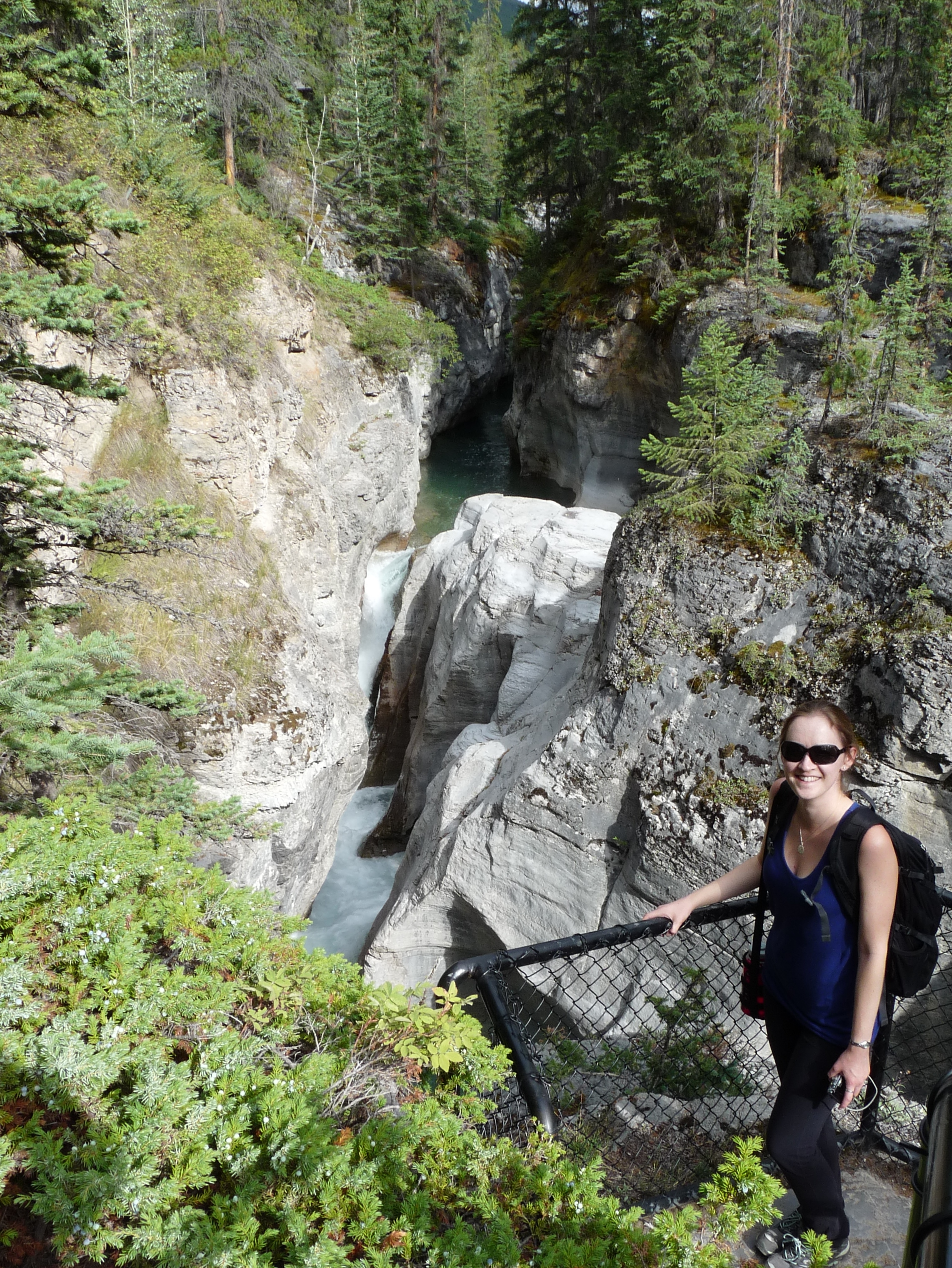 Kelly McPhee during a trip to Jasper, Alberta

Nikola: What should people do to get a good T2 map that is not affected by B1 ?

Kelly : If your B1 value is correct, you can input it into a Bloch based simulation method, but if you don’t have a B1 map, or if you are not sure if there is a bias in your B1 map, you can do a simultaneous fitting approach. Marc Lebel released basic fitting code for the EPG method described in his 2010 MRM paper and in a 2012 ISMRM abstract (p2558). I have not released code for the Bloch based method yet,  but I would would like to release it at some point, when I have the time to make it user friendly.

Nikola: How do you see this being relevant to basic/clinical researchers ?

Kelly : T2 is a fundamental tissue property that varies in disease states. If we can measure it precisely, we can begin to uncover subtle variations in the individual or in group studies.  The first step in this process is to be as precise as possible with minimal error, by measuring T2 correctly by accounting for stimulated and indirect echoes.  If you are trying, for example, to examine changes in a group of patients over time by comparing their T2 maps, but your scan parameters are different across patients and scanners, then, if only exponential fitting is used, you will end up with biases that could make it impossible to compare these datasets. However, if you use any of these methods correctly and consistently, the EPG method or the Bloch based method, you will have better results.

Kelly: Regarding T2 mapping, I think that if you properly model your sequence, you can unravel all the biases from your slice profile, flip angle, and remove them to get your actual T2 map. I am also developing a method for T1 mapping, which I presented at this year’s ISMRM meeting (E poster 3712). Certainly my goal is to make quantitative MRI reproducible so we can combine results across scanners for multicenter studies.