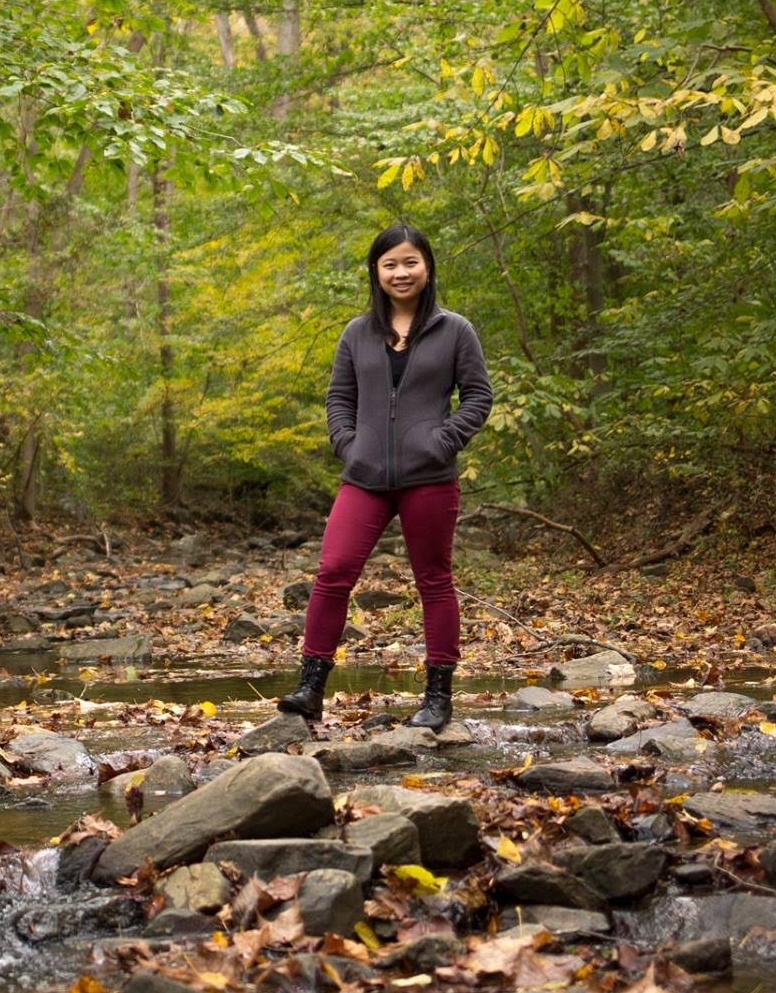 The February 2017 Editor’s Pick is from Kimberly Chan and Richard Edden, researchers at John Hopkins University and the F.M. Kirby Center for Functional Brain Imaging in Baltimore. Their paper presents a study aimed at optimizing the echo time for measuring glutathione using J-difference editing. Glutathione is the brain’s main antioxidant, and may play an important role in several psychiatric and neurological illnesses, such as schizophrenia, bipolar disorder, and Parkinson’s disease. We recently spoke with Kim and Richard about their project.

MRMH: Please introduce yourselves and tell us about your background.

Kim: I’m a 3rd year PhD student at John Hopkins in Biomedical Engineering. I have a bachelor’s degree in Bioengineering from UC Berkeley. After I graduated, I did diffusion MRI research for a year. My current advisors are Richard Edden and Peter Barker. I work primarily on the development of spectroscopy and spectroscopic imaging methods.

Richard: I studied in Cambridge, and then came to Hopkins to do a post-doc in 2005, doing small molecule pulse sequence design. I left for a bit, and came back in 2009. Our group is mainly focused on developing acquisition tools and data processing tools for edited magnetic resonance spectroscopy (MRS), and disseminating them. 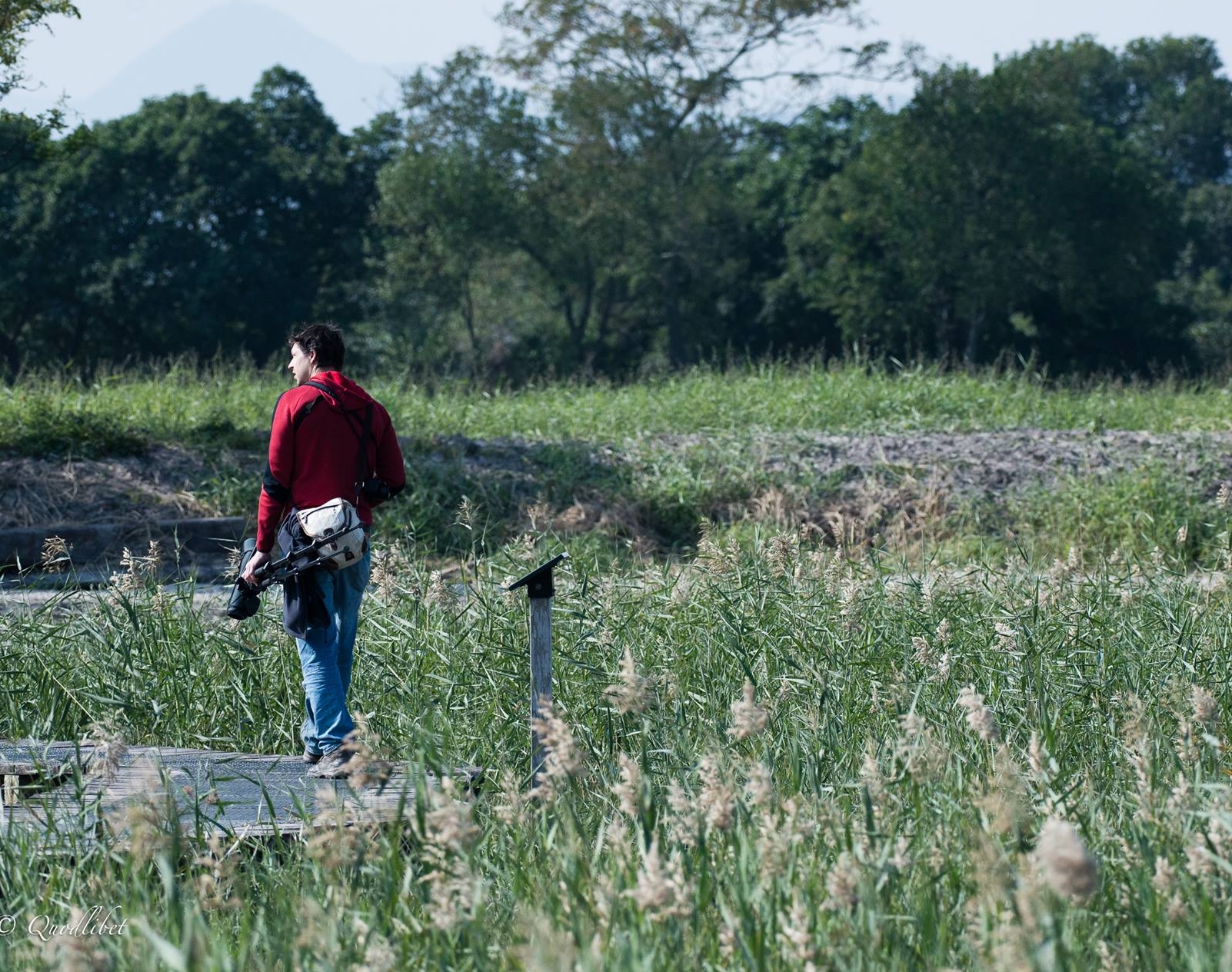 Richard Edden in his natural habitat.

MRMH: Before getting into the details of you paper, could you explain what you mean by “J-difference editing”?

Richard: The basic problem with proton MRS is that there are a lot of protons in the brain, and the chemical shift separation is not particularly good. What we try and do with J-difference editing is to quantify some of the signals that are less strong and are overlapped in the spectrum. Editing the spectrum amounts to removing information from that spectrum to improve the resolution – throwing out a bunch of signals we are less interested in, and retaining some signals that we are interested in.

MRMH: Could you briefly explain what you did in this work? 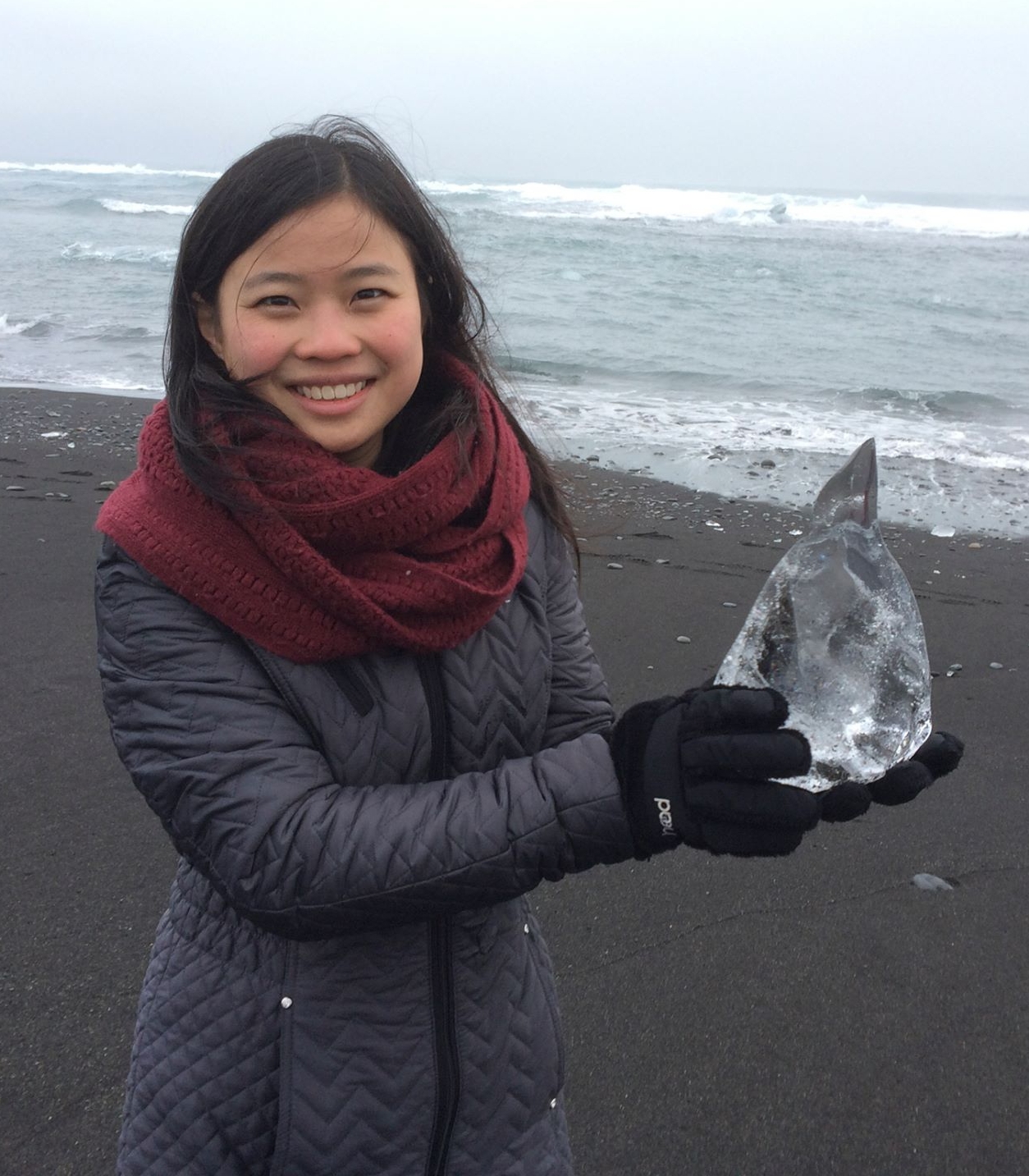 Kim: We wanted to determine the optimal echo-time to measure glutathione with J-difference editing. We looked into this using simulations, phantom experiments, and in vivo experiments. We found that the optimal echo time was about 120 ms, taking account of in vivo T2 losses. As a secondary benefit, the longer echo time lets us include higher-bandwidth refocusing pulses, which reduces signal loss from the chemical shift displacement artifact.

Richard: Within the literature, there are conflicting reports of the echo time that is best for glutathione editing. The discussion is complicated by the fact that you get a sinusoidal dependency of the signal from editing, and exponential T2 decay on top of that, and these two are fighting against each other. A lot of the motivation in this paper was to lay to rest, to some extent, the discussion about what the spin system does, and try to present it as clearly as possible.

MRMH: We noticed that you have an online software package called Gannet. Was Gannet used in this work? 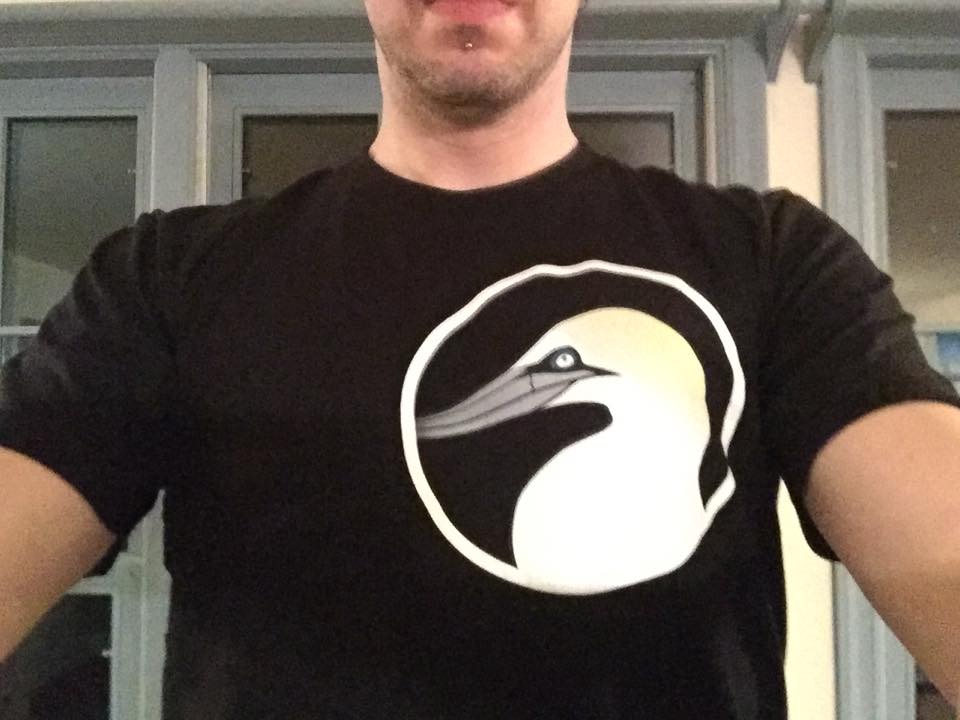 The Ganet logo emblazoned asymmetrically on a t-shirt.

Richard: So, Gannet is a preprocessing and quantification package for edited MRS. Originally, it was targeted just at measuring GABA. Part of the process of broadening our horizons slightly has been looking at things that aren’t GABA, which involved trying to develop the software to quantify glutathione. And one of the complications of measuring glutathione is that the echo time influences the shape of the spectrum, and the shape of the spectrum influences how you want to go about modeling it.

MRMH: Speaking of software, we heard that you’re a big fan of the FID-A package, which was the topic of our last month’s feature.

Richard: I did see that! All of the simulation work that Kim’s done in this paper was done using FID-A. And actually, as a result of some of the issues we had with the implementation, we fed back to Jamie some tweaks as to how he should handle some things, which I think have made it into the package. It’s been really valuable for us and we use it in all of our papers.

MRMH: Kim, what advice can you give to new graduate students in this field?

Kim: I think the greatest challenge was —

Richard: — sitting next to me. [laughs]

Kim: No no no! I think he made it much easier for me actually. I didn’t understand a lot of the terminology. So just learning the basics of that was a challenge. There are a variety of books out there – I read Robin de Graaf’s spectroscopy book. 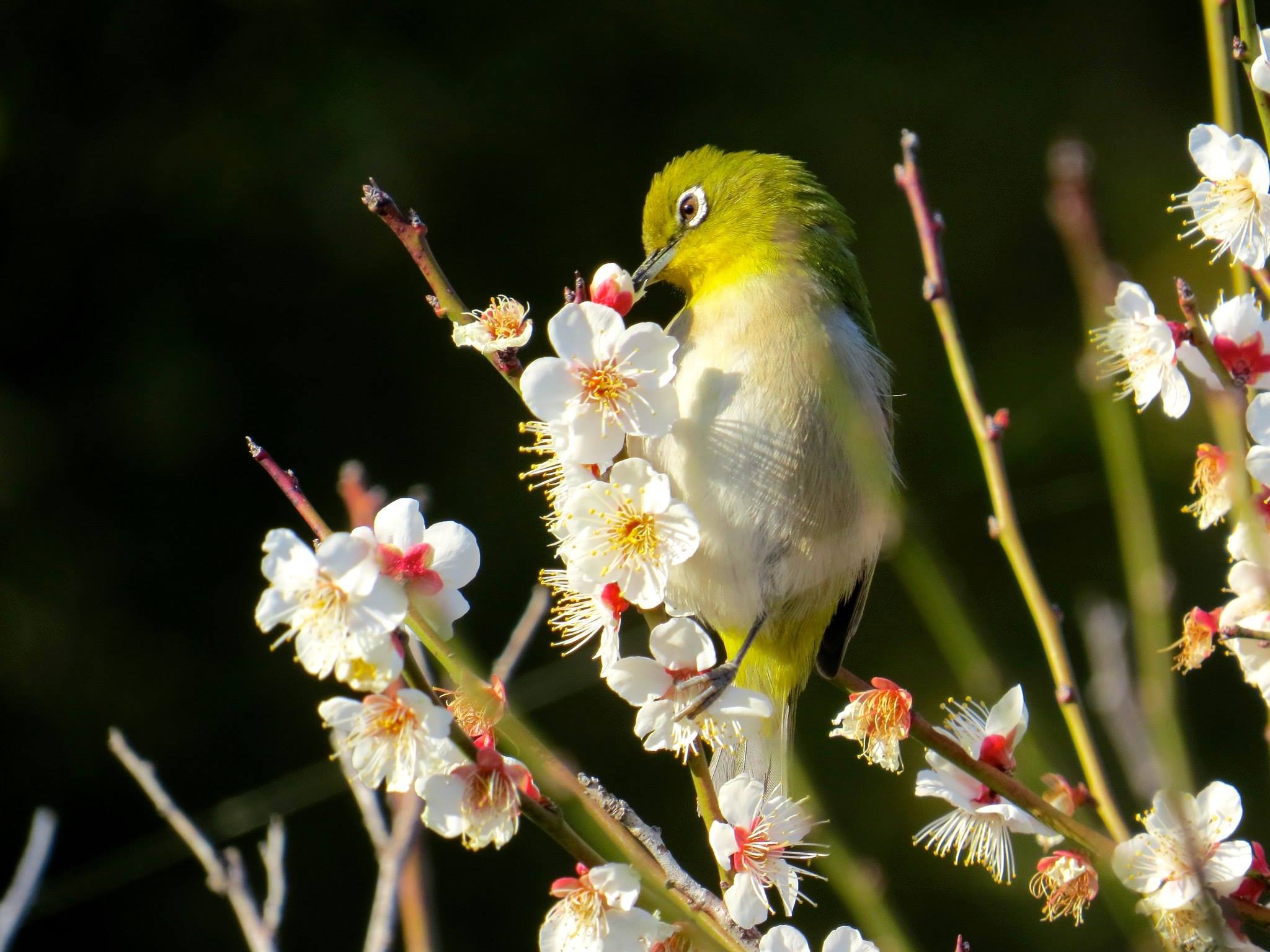 A Japanese White-eye photographed by Richard.

MRMH: What do you enjoy doing in your free time?

Kim: I do a lot of reading in my free time. I’m currently reading Dune.

Richard: I have a young family, and I enjoy spending time with them. I’m also slightly obsessed with birds.

Richard: Maybe more than slightly obsessed with birds. Whenever I do travelling for work, I try and see what different birds are in each region. So, if anyone that reads this is an ISMRM birder and wants to go birding in Hawaii, drop me a line.