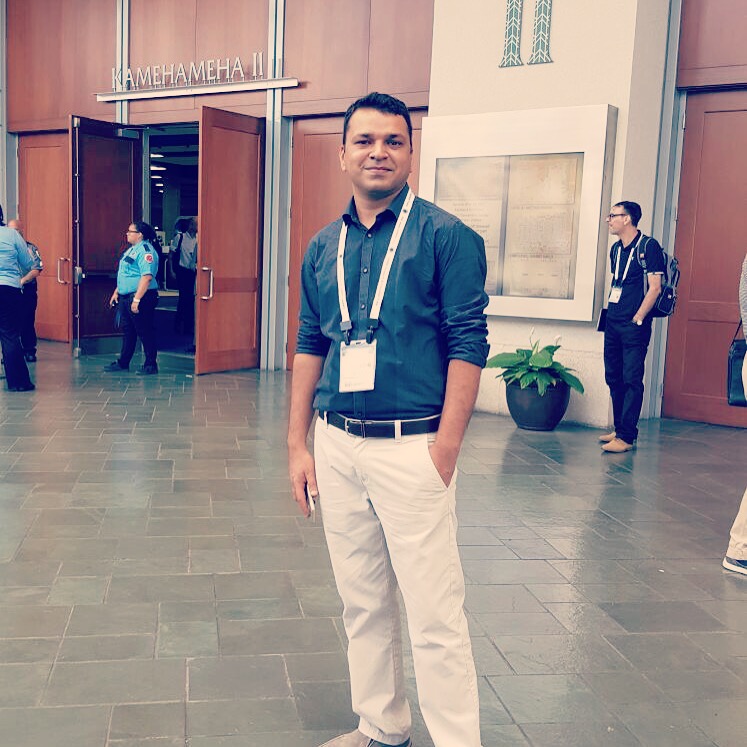 In their paper entitled “Multishot echo-planar MREIT for fast imaging of conductivity, current density, and electric field distributions”, Drs. Munish Chauhan and Rosalind Sadleir propose an accelerated technique to image electrical conductivity based on MRI. Their goal is not only to image conductivity of biological tissues, but more ambitiously to map neural activity using this fast technique. Let’s hear their story behind the paper.

MRMH: Can you please introduce yourselves and tell us how you got started in MRI?

Rosalind: I came from a background in electrical impedance tomography (EIT), which is a method of using sets of electrodes placed on the boundary of an object to determine the internal electrical properties. In EIT, it is almost impossible to determine the absolute conductivity and the inverse problem is very ill-posed. MREIT is a much more stable problem. It opens up the possibility to measure absolute conductivity and to follow dynamic changes caused by neural activity deep inside the brain.

MRMH: What is conductivity of biological tissue and why is it important?

Munish: Conductivity of biological tissue at the frequencies we typically use for MREIT (around 10 Hz) reflects ionic content and mobility and membrane properties. So, we are also able to see effects of conductivity anisotropy. Conductivity of complex tissue tends to increase as a function of frequency. Overall, imaging these properties in conjunction with MR relaxation properties may provide more sensitive MRI-based diagnoses. 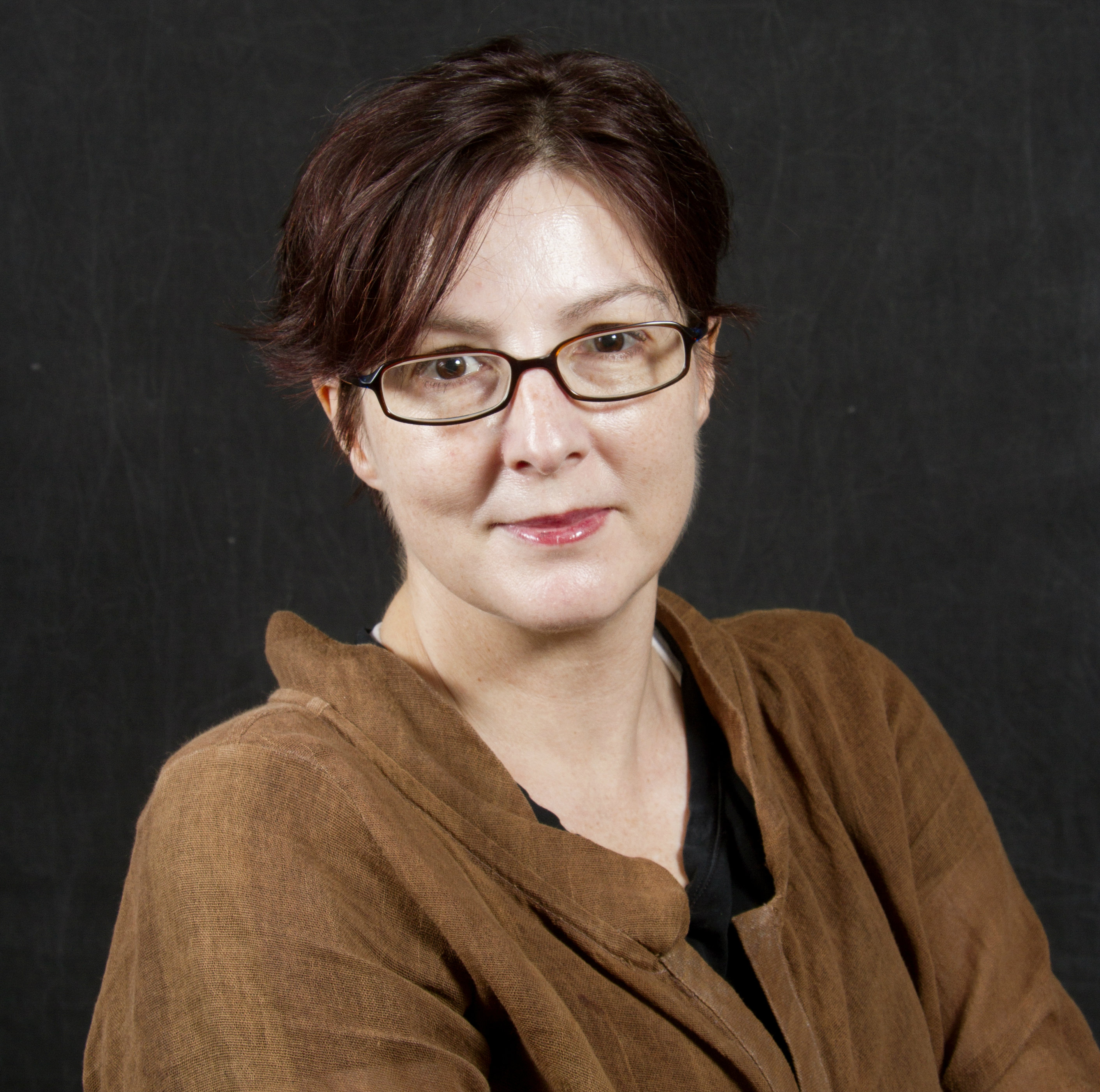 Rosalind: Conductivity of biological tissues varies over many orders of magnitude, which is quite an interesting thing. At low frequencies, it’s related to ionic mobility and also membrane density, while at high frequencies it is more related just to the ionic properties. You see a large range in conductivity values over different tissues at a single frequency and also in a single tissue as you change frequency. So it’s really a key indicator of biological and physiological state. For example, conductivity of cancerous tissue is observed to be quite high. It could be an interesting diagnostic measure in many situations.

MRMH: It is interesting to see that you are switching to functional neuroimaging based on the conductivity. Could you tell us more about the key findings and potential impact of this paper?

Munish: One motivation of the paper is to see if it’s possible to accelerate the traditional spin-echo-based MREIT using an EPI sequence and achieve a reasonable SNR. Our paper shows that compared to the “gold-standard” spin-echo sequence, even with the two-shot EPI, we can still get satisfactory images of current density and conductivity. This could allow us to cover the whole brain within the time limit of the traditional spin-echo approach. With this technique, we are running human experiments to map the current path of the transcranial direct current stimulation (TDCS).

Rosalind: Another motivation to go fast is that we may be able to see the conductivity changes related to neural activity. It’s quite a neat contrast. When a neuron undergoes a spike, its membrane changes its conductance because ion channels open and close. When you have a trickle of electrical current flowing through a region of active tissue, the apparent conductivity of all the  cells will increase and current gets drawn into that region. With MREIT, we should be able to detect the apparent conductance change of that active tissue. This is quite a subtle effect, but it may have some advantages over existing methods for detecting neural activity using MR. 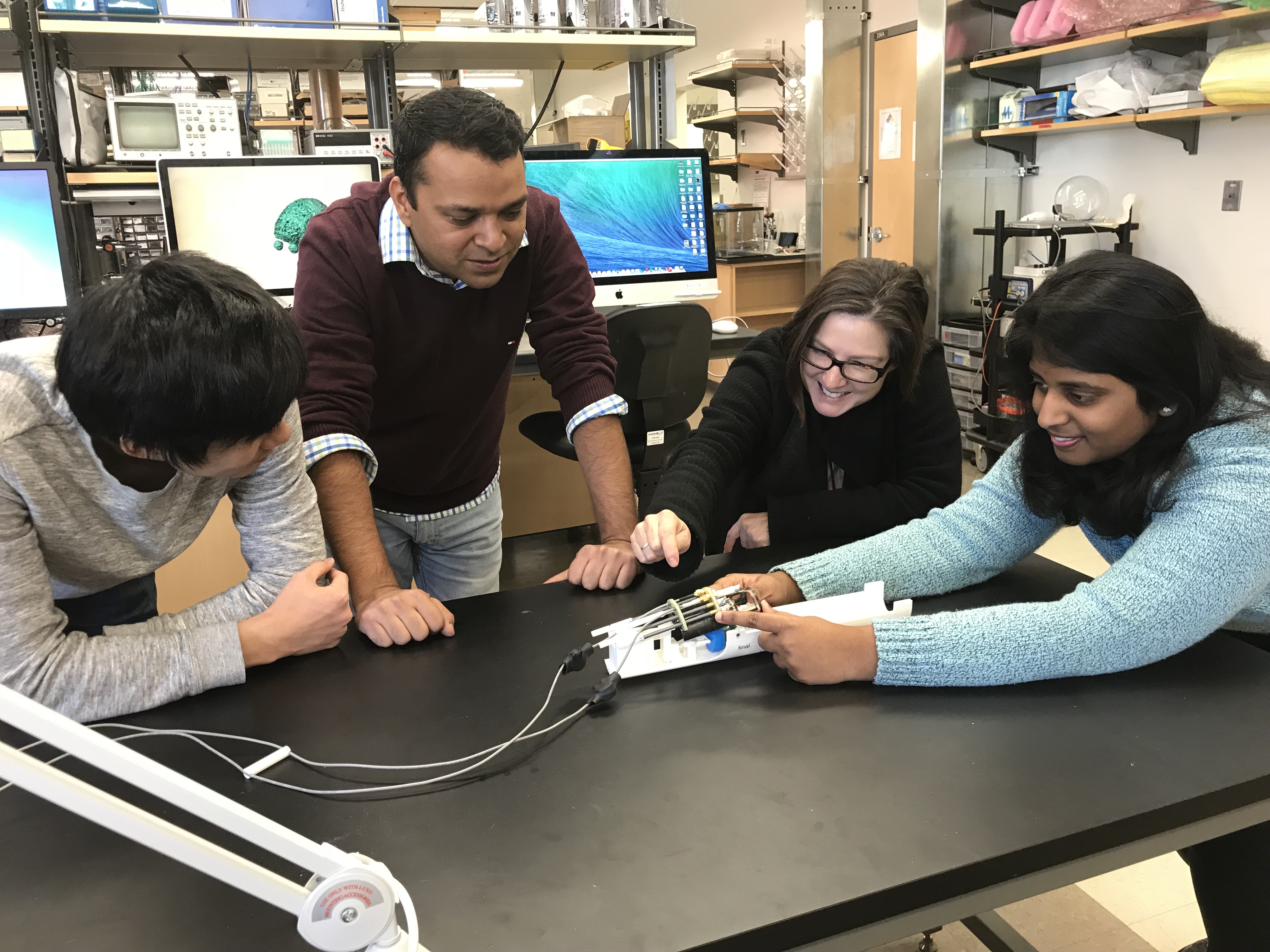 Fanrui Fu, Munish Chauhan, Rosalind Sadleir and Neeta Ashok Kumar (from left to right) looking at a newly designed rat coil and bed intended for use with a Bruker 7T MRI Scanner.

MRMH: Is this a hypothesis or has it been proven experimentally?

Rosalind: We have published our results that showed the existence of such a contrast just a few months ago (Sadleir et al., Neuroimage, 2017, 161:104-119). This was done using in vitro measurements on Aplysia ganglia tissue and a spin echo sequence with long imaging time. We found significant effect of neural current on the measurement. We’d like to repeat this experiment with animals in vivo to include all possible confounds. Currently, we are working out the method in this paper to have both a reliable sequence and analysis method.

MRMH: What is the next step?

Munish: As I mentioned, we are working towards human experiments with the whole brain coverage using this technique, and applying it to TDCS studies. In addition, we will try to include the anisotropy of the conductivity in white matter in our reconstruction algorithm. This is a significant effect in the frequency range we deal with. We get the anisotropy information from the MR diffusion tensor image.

Rosalind: Right. As suggested by Tuch’s 2001 paper (Tuch et al., PNAS, 2001, 98:11697-11701), conductivity and diffusion tensors share principle eigenvalues and their relationship should be a scaling factor. On the other hand, once we have a whole brain coverage, we might be able to answer the interesting question about the variation of the conductivity within brain tissues in contrast to the conventional wisdom that it just depends on the general tissue types, e.g., white vs. gray matter.

MRMH: Beyond our questions, do you have any additional comments? 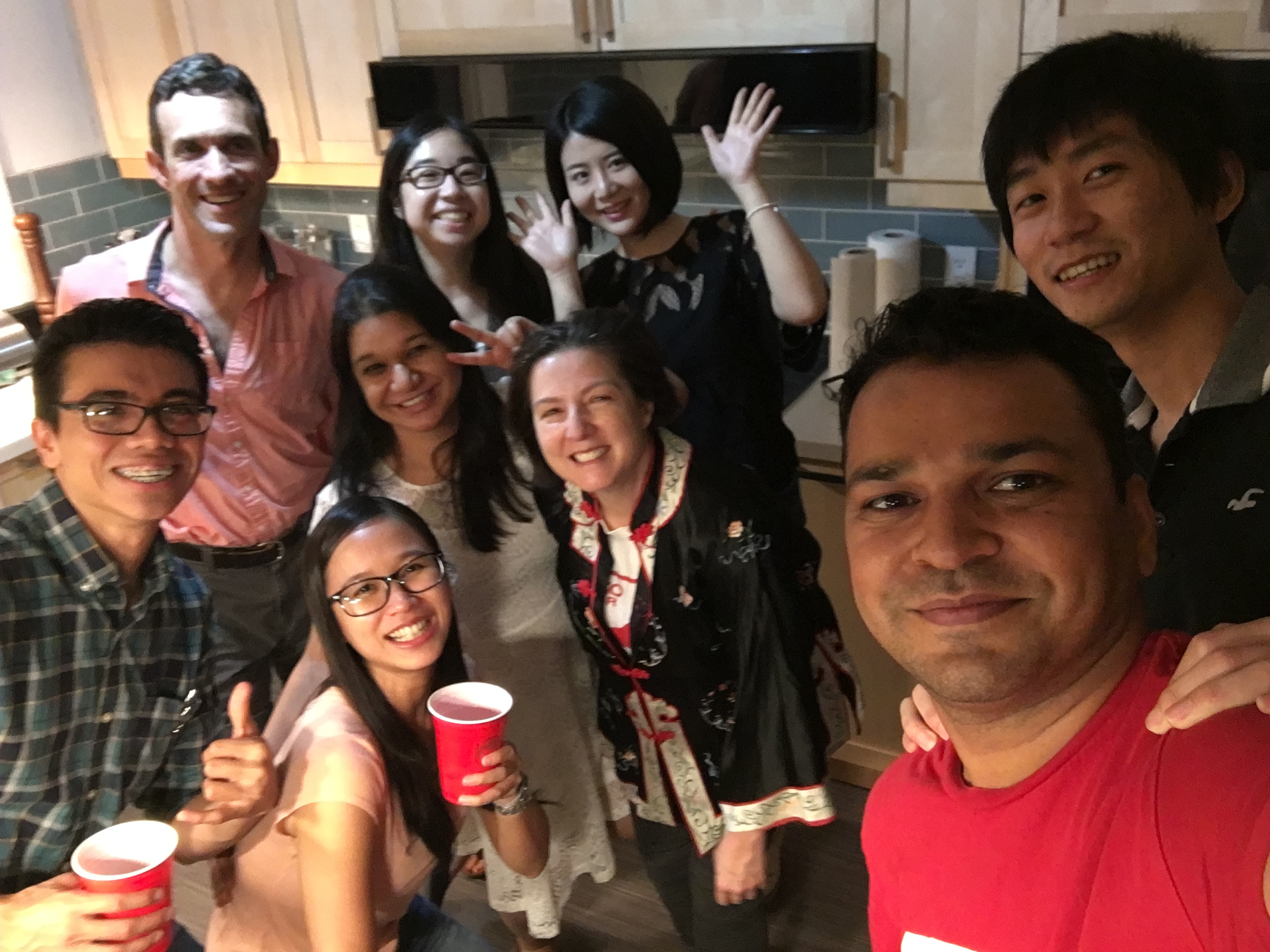