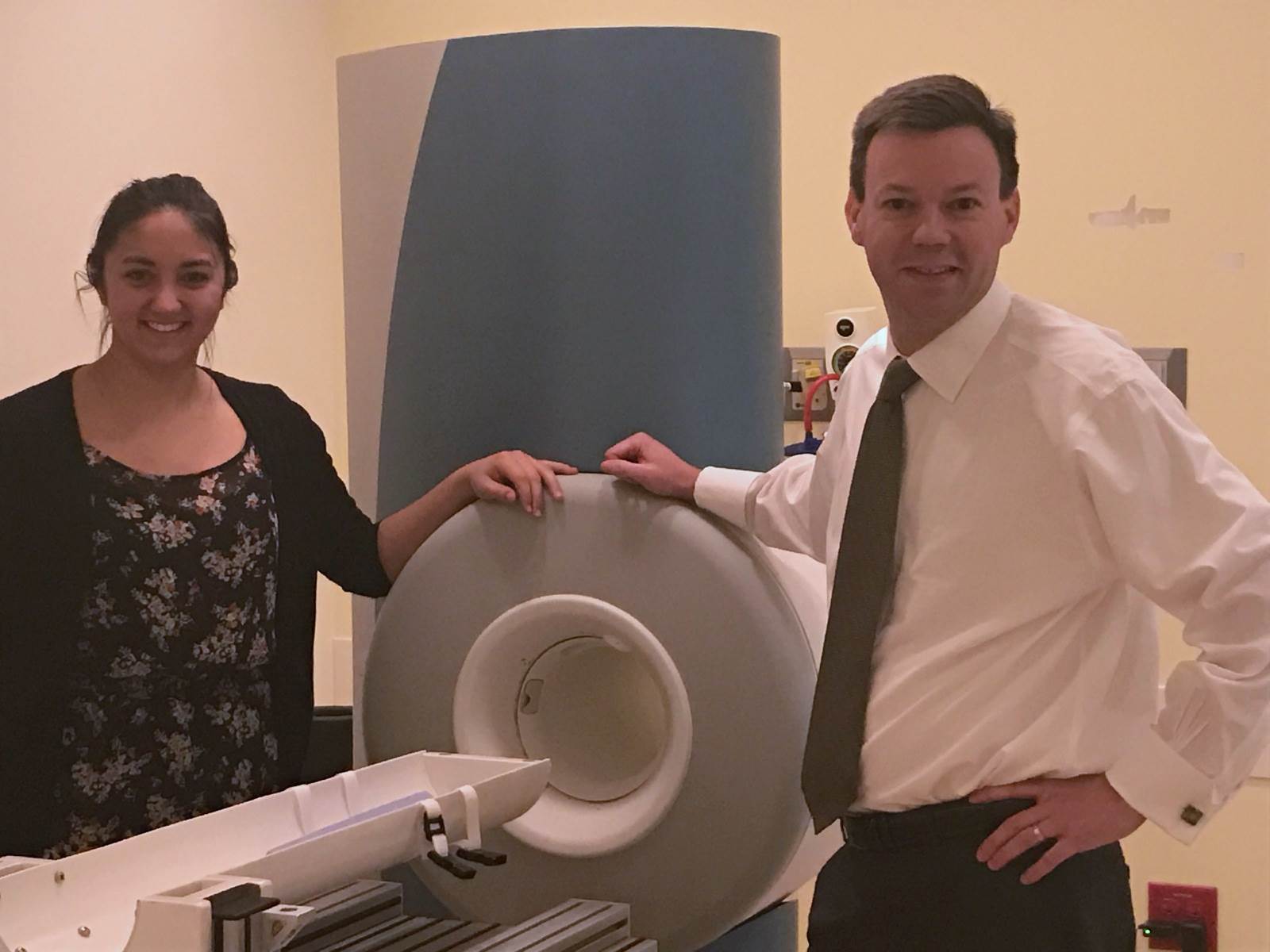 This month we are featuring a collaboration between the Cincinnati Children’s Hospital Medical Center, the Washington University in St. Louis and the University of Wisconsin – Madison. Nara Higano, Andrew Hahn, Jason Woods and colleagues used a converted orthopedic MRI scanner to measure tidal volume (the difference between lung volume in the inspired and expired state) in neonates.  As you can imagine, we are talking small volumes here (on the order of tens of milliliters), and achieving this with 3D radial ultrashort echo-time (UTE) MRI is no small engineering feat that owes a great deal to some of the early MR projection reconstruction techniques.

MRMH: First of all, can you tell us how you got into MRI?

Nara: I am a physics PhD candidate, and I knew that I wanted to do something applied, which brought me to work with Jason on lung imaging.  Working on a neonatal project on lung imaging is extremely rewarding, highly translatable, and it is exactly what I was looking for coming from a technical background.

Andrew: I actually worked with Sean Fain (joint last author of this work) as an undergrad in the early 2000s. Then I graduated from UW with an engineering degree, did some consulting with the Medical College Wisconsin, and started thinking about going back to school. That is when I applied to the biophysics graduate program, Sean took me back, and from there I let the current take me. I am currently a postdoc here.

Jason: I had a very tortuous path toward MRI.  I went to grad school in physics, because I wanted to do astrophysics. But then I got bored with it, and I realized I liked quantum mechanics. That led me to atomic physics, spins, that led to some NMR, and then to MRI.

MRMH: What is UTE and why is it good for lung imaging?

Nara: Conventional lung imaging uses Cartesian k-space acquisitions. The crucial part of UTE is that it is a center-out radial k-space acquisition, so this enables us to use very short echo-times.  This is advantageous in the lung, because the lung has many air-tissue interfaces and varying local magnetic fields, which lead to very short T2* values.  So UTE is crucial for lung MRI to image parenchymal tissue before the signal disappears.

Andrew: People have used breath-hold imaging for the lungs, but if you want free-breathing images you need center-out acquisitions. Radial UTE is pretty robust to motion, so that is another benefit from this approach.

Jason: We all say echo-time, but of course this is a misnomer, because there is no echo, this is really FID imaging. In a larger context, this renaissance of radial scanning and UTE is historically neat, because that’s how MRI began, as a projection reconstruction technique, and now we are getting back to it.

MRMH: Can you give us a brief summary of the paper?

Nara: We focused on neonatal imaging, which is extremely difficult because we are working with very tiny people here. Their lung size is approximately 5cm in any dimension, and their tidal volumes are on the order of a 100ml, so there are many physical challenges.  Further, you cannot instruct a neonate to sit still or hold their breath. In addition to retrospective bulk motion removal, we wanted to use retrospective respiratory gating to get functional information from those images.

Andrew: The main thrust of the paper is the development of a robust methodology for free-breathing pulmonary MRI in the most difficult population to image.  This translates to other difficult populations where breath-holds are hard, in a sense to do the most we can with a very barebones approach.

Jason: The patients who will benefit the most from our work are actually the sickest patients, the ones that cannot be moved easily outside the neonatal ICU. Our approach doesn’t compromise the clinical care, and allows a tomographic look in the lung, which isn’t possible even via CT, as the patients are so delicate.

MRMH: Your results agree well in terms of respiratory rate, but it seems like you are underestimating the tidal volume.  Can you comment on the discrepancies?

Nara: There is fine balance between how tightly we can bin, and how we can maintain image quality.  That led to some of the underestimations of the neonatal tidal volume. Direct measurements of neonatal tidal volume via infant pulmonary function tests require anaesthesia, are only conducted in large research institutions, and are not without risk to the patient.  So our methods might represent the safest functional measurements available in this population.

Andrew: It is hard to get really accurate measurements of these parameters from children, as you cannot directly measure their tidal volume using spirometers, so you have to use physiologically predicted values from the literature for comparison. Trying to measure these small tidal volumes from the self-navigated data required quite a bit of fine-tuning. 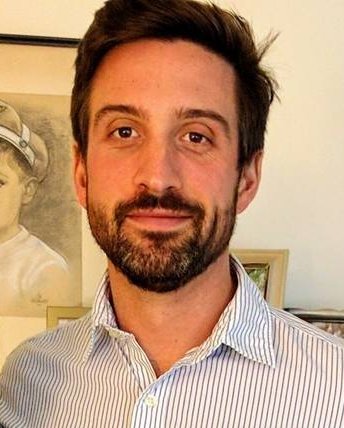 MRMH: Where do you see this going, in terms of technical or clinical advances?

Nara: We will continue to use this bulk-motion removal, as we cannot tell a baby to sit still during an MRI. We can also look at other organs besides lung parenchyma, such as airways and airway collapse, so there is potential for clinical translation here.

Andrew: The exciting thing is looking at differences in morphology and function across the array of tidal volumes.  We could be getting some SNR back from compressed-sensing techniques, but also look at quantitative measures, such as measuring T2* and T1 across the respiratory cycle.

Jason: I spent most of my career doing adult research, but the last few years have been almost exclusively dedicated to pediatrics.  I realize that we often develop techniques in adults, and then push them to pediatrics. But in this particular case, we are developing a new technique in neonates that can then be extended to adults.

MRMH: Is there something that we didn’t touch on and you would like the readers to know about?

Jason: I would add that the way that this science has come together is emblematic of how modern science is conducted.  We all have a physics background, so we published in MRM, but this work was only made possible by a very good collaboration between our institution and University of Wisconsin, and neonatologists and pulmonologists who were open to learning a new technique.  I am very proud of the way the team has come together to produce new and innovative work.