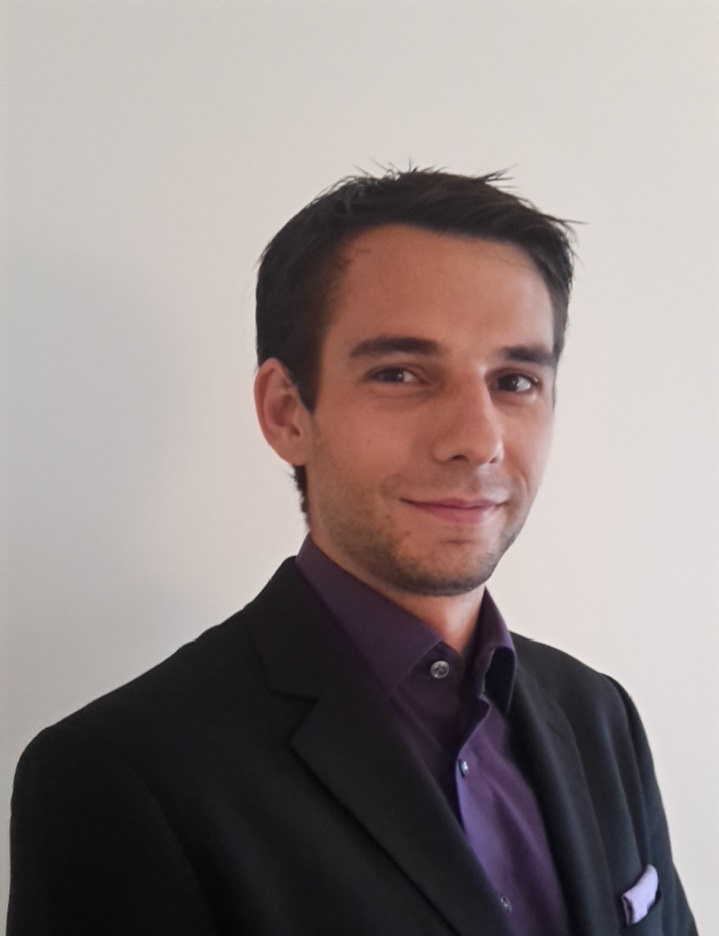 This week we ventured across continents to speak with Drs. Patrick Schünke and Moritz Zaiss, two primary authors of a recent paper from the German Cancer Research Center (DKFZ) in Heidelberg, Germany titled: “Adiabatically Prepared Spin-Lock Approach for T1ρ-Based Dynamic Glucose Enhanced MRI at Ultrahigh Fields.” In this paper, the authors developed an NMR method for imaging glucose using an ultrahigh field MR scanner and a spin-lock approach to gain sensitivity to chemical exchange. At ultrahigh field strengths, distinct artifacts appear predominantly resulting from RF field inhomogeneities. Thus, adiabatic pulses were implemented to enable the application of spin-lock MRI at fields such as 7T. This adiabatic spin-lock approach is explained, its feasibility for application in vivo at 7T is verified, the technique’s sensitivity to glucose is investigated, and a first proof of concept of spin-lock based glucose imaging for the detection of cancer in humans is presented.

BRIAN: “Patrick, as Moritz was asked in a previous Q&A, can you speak briefly about your background and how it brought you to MR?”

PATRICK: I wrote my bachelor’s thesis in medical physics about X-ray detectors and started my master’s thesis about MR afterwards. After a few months, Moritz convinced me to switch from my project at the time about PET/MR to study the CEST effects of glucose, and that’s what I’ve been doing for about 5 years now.

MORITZ: I started right after my undergrad with CEST imaging and B0 correction. When Patrick joined the group, I asked if he wanted to try glucose imaging with MRI instead of PET.

BRIAN: “I know other researchers are curious to learn more about a parameter they may be unfamiliar with: T1ρ. How would you define it? And what makes it useful?” 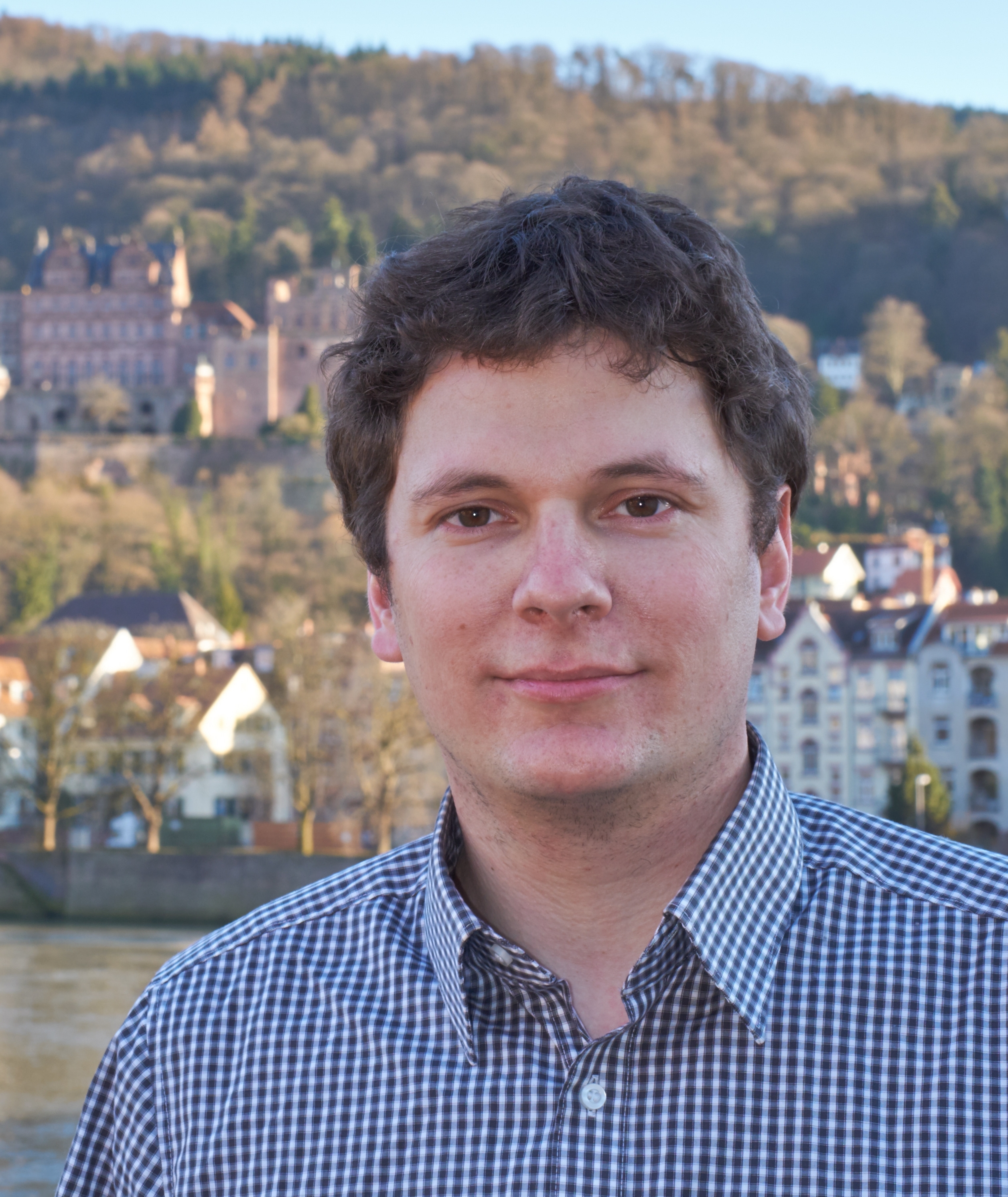 MORITZ: T1ρ and T2ρ are the generalizations of T1 and T2 in the presence of RF irradiation. In the rotating frame of an irradiation pulse (where the ρ comes from) the behavior is very similar to the FID experiment: you have a new transverse magnetization that oscillates and decays with T2ρ, and longitudinal magnetization that recovers with T1ρ. The only thing that is different is the new tilted coordinate system, and that T1ρ and T2ρ are mixed variables depending on T1 and T2, but also exchange terms.

BRIAN: “And how would you explain spin-lock?” 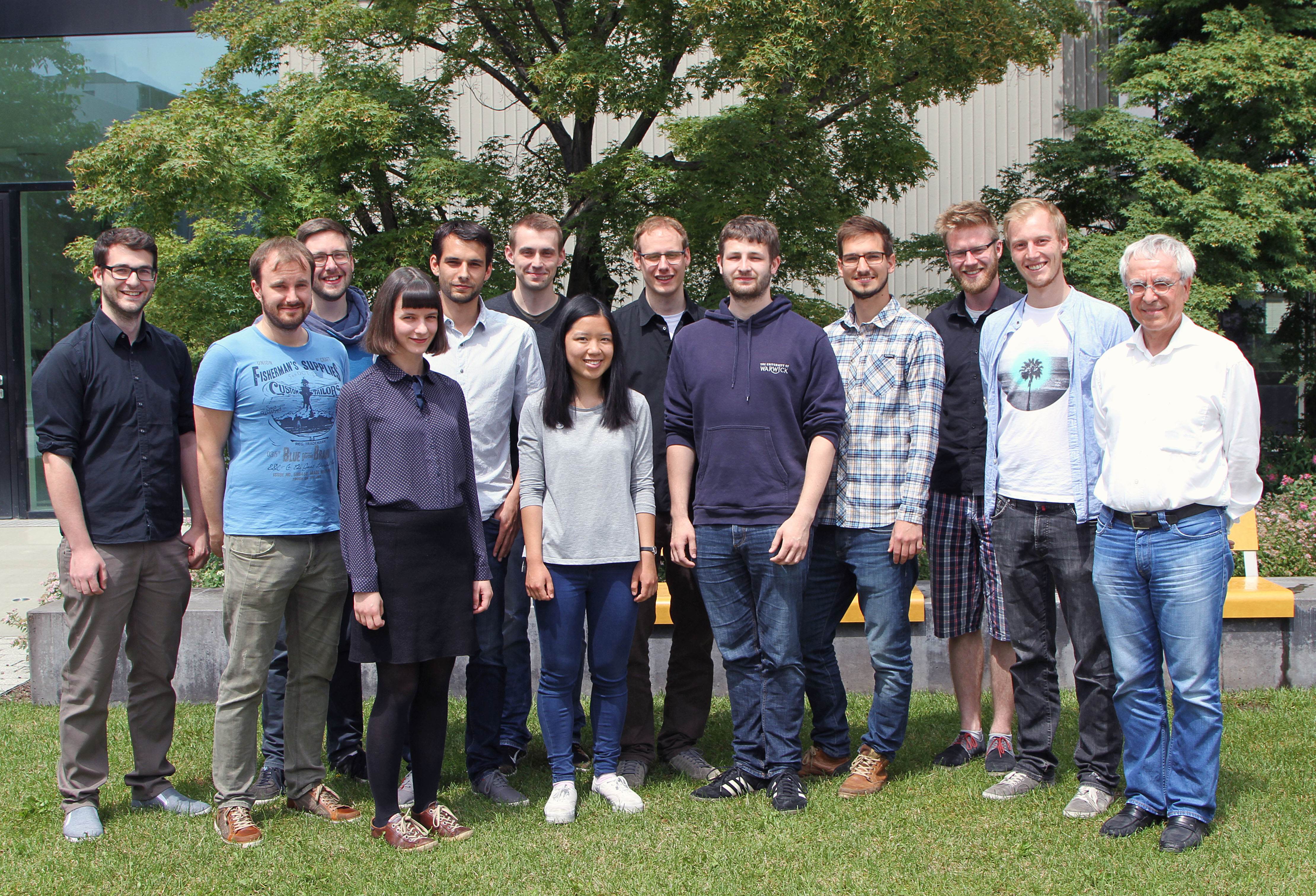 MORITZ: The big issue at ultrahigh fields is the need to have a perfect 90 degree pulse. This is very difficult when you have RF inhomogeneities of up to 50%, so we tried to use adiabatic pulses for the flipping of the magnetization in the spin-lock experiment. It’s a simple approach: a high powered hyperbolic secant pulse tilts magnetization onto the transverse plane, then a conventional rectangular locking pulse is applied, and afterwards we adiabatically flip the magnetization back to the z-axis again.

BRIAN: “There is only one piece missing! What part of your experiment sensitizes your measurement to glucose?”

BRIAN: “Is there a personal contribution or achievement from this work you are particularly proud of or excited for?”

PATRICK: The basic idea behind glucose imaging for cancer detection is quite old, as it’s known for decades that tumors have higher glucose uptake than normal cells. Peter van Zijl’s group showed the first glucose images in humans using the CEST technique, and we were the first to prove the feasibility of glucose enhanced imaging in humans using the spin-lock technique.

MORITZ: The first Eureka moments were the first patients we measured. In healthy volunteers not much uptake is expected, so we didn’t know if our experiment would work until we measured the first brain tumor patients. The very first patient examination and evaluation was especially exciting.

BRIAN: “On that note, what motivates you to push the scientific boundaries of medical imaging?”

PATRICK: What I like most about medical imaging is that it is (essentially) basic research, for example studying the spin dynamics during adiabatic pulses or spin-lock experiments, but then you can apply your methods directly to patients and see the results. That’s a great feeling and probably a unique feature of medical physics. And the biggest motivation for me is of course the hope that our technique finds its way into the clinical routine at some point in the future.

MORITZ: Well, MRI is such a nice method being intrinsically noninvasive. I like the idea of keeping the softness of the method by only using natural sugar as a contrast agent.

BRIAN: “Finally, what types of cross-collaborative research efforts would you most like to see increased?”

MORITZ: I think new perspectives for extracting valuable information from raw data could be extremely helpful. I would love to see more radiologists who like to program in MATLAB to quickly test their own new hypotheses.