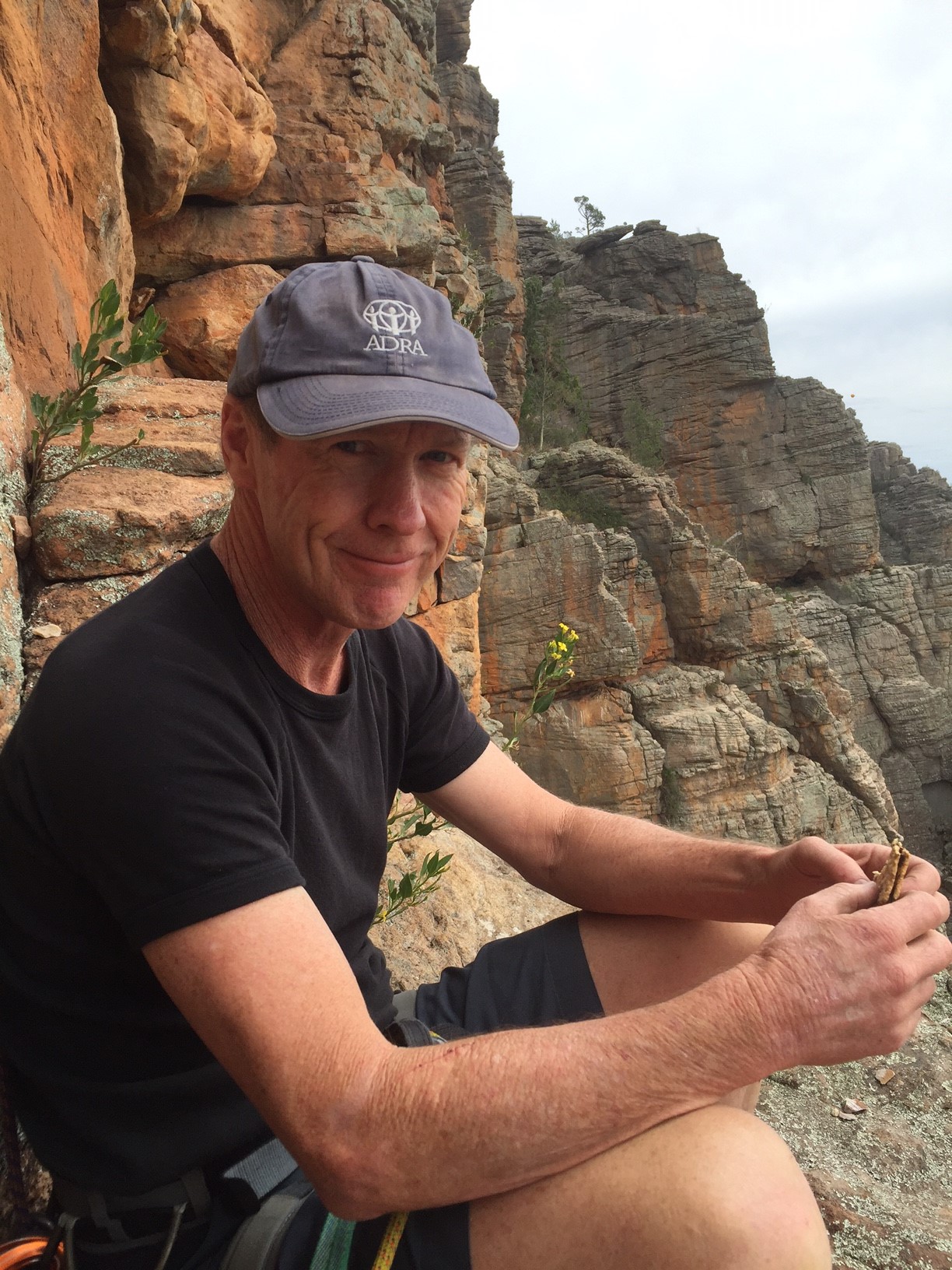 Today, we spoke to Dr. Roger Bourne from the University of Sydney about his recent paper, “Diffusion Anisotropy in Fresh and Fixed Prostate Tissue Ex Vivo”. Roger says he is an expert in absolutely nothing. We disagree.

MRMH: Can you tell us a bit about your background?

Roger: I completed my PhD in 31P magnetic resonance spectroscopy of yeast at the Department of Microbiology, University of Queensland. For my postdoc, I went to the lab of Peter Mitchell in the UK (he got the Nobel Prize in Chemistry in 1978), where I worked on a sodium pumping electron transport complex. I returned to Sydney to work on phosphate MRI, also a bit on effluent treatment (microbiology), and then finally I came back to MRI and MR spectroscopy.

MRMH: What spurred your interest in diffusion MRI of the prostate?

Roger: We did 16 T microimaging of prostate and saw amazing diffusion contrast of the glandular tissue. Clinically, there have been a few people trying to improve the apparent diffusion coefficient (ADC) measurement in prostate using biexponential model fitting. There isn’t much known about what the two biexponential components might be in structural terms. We thought that it might relate to the diffusivity differences between epithelium and stroma. In 2012, we published a paper in MRM where we basically did diffusion imaging at two different scales, a very high-resolution scale and a much lower scale. We correlated the relative amounts of bi-exponential component signals from the low-resolution data with the epithelium and stroma volumes estimated from the high resolution data, and we got a pretty good correlation – more epithelium meant lower ADC.

So we were wondering if the changes seen clinically in ADC in prostate cancer (i.e. ADC decreasing as cancer grade increases) are really due to increasing “cellularity”, or due to more low diffusivity epithelium. We showed in Radiology a few years ago that there is a much stronger correlation between the amount of epithelium and stroma and the ADC than between “cellularity” metrics and ADC. However, the one big thing we don’t know yet is why epithelium has low diffusivity relative to stroma. We have seen the same thing in breast tissue (MRM 2015), and a Japanese group has seen it in esophagus epithelium (MRM 2015).

MRMH: Can you explain what you did in the paper we are highlighting today? 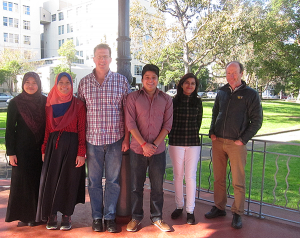 Roger: In this particular paper, we did DWI in the prostate at 9.4 T ex vivo. If you do high-resolution DTI measurements, you can see a lot of anisotropy in the prostate, but you don’t get much coherence in fiber orientation over large regions. Smooth muscle is not random but has little bundles that are coherent in small spaces. Some clinical papers find correlation between cancer and diffusion anisotropy (FA), some don’t, and we think the problem is that on a microscopic scale you have high anisotropy, and if you go to a typical clinical voxel size, the anisotropy is averaged out because of the fiber orientation heterogeneity. So we did high-resolution DTI measurements on the whole prostate, and then started downsampling the data, creating larger voxels. As we did this, FA went down.

An unexpected finding of this study is how much difference there is between prostates. I suspect the reason we see such differences is because different men have different amounts of fibrous tissue in their prostates. All of this suggests that there is a big variation between prostates, and that FA might not be useful alone. Nevertheless, this information provides some background for modeling diffusion in prostate tissue.

MRMH: So anisotropy might be more useful for higher order diffusion model fitting and cancer characterization?

Roger: Yes, because a significant isotropic background signal is masking the true anisotropy. We actually just published a paper in NMR in Biomedicine (after being turned down by MRM) where we compared ten different compartmental models. The best models included both a restricted component and an anisotropic component. 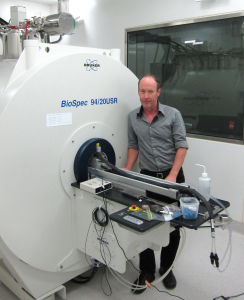 MRMH: What are the biggest challenges for doing in vivo imaging compared to ex vivo?

Roger: Many, many challenges: lousy SNR, patients that move, perfusion of tissue. Ex vivo SNR is in the 100s instead of in the 10s, and we can scan for 48 hours if we want to. Ex vivo tissue work is neglected, and dismissed as “non-clinical”, yet there are too many studies where people just put patients in scanners and try something without knowing the contrast mechanisms. Worst of all, they try brain methods in prostate, but the tissue structures have no similarity, so it is crazy to think that some brain method will work in the prostate. Our approach is to simplify the system we are looking at, get rid of perfusion and movement, and see if we can detect any useful properties. If you can’t do it ex vivo under ideal conditions, then your chances of doing it in vivo are very, very slim.

MRMH: What are your recommendations for the community?

Roger: Put the ex vivo work together and start applying it to in vivo. We just published a review paper in Diagnostics and made some suggestions as to what needs to be done. There are a number of studies about ideal b-values, but what is neglected is the diffusion time. This can vary enormously between scanners. Most scanner software doesn’t report the diffusion time and most studies don’t either. This could be a significant contribution to the lack of sensitivity and specificity in clinical DWI.

Also, T2 differences in tissue might affect diffusion modeling and a couple of pilot studies suggest there is microscopic T2 heterogeneity in the prostate. Another more difficult thing in terms of modeling prostate diffusion is to look at exchange between compartments. We just don’t know yet whether that is important.