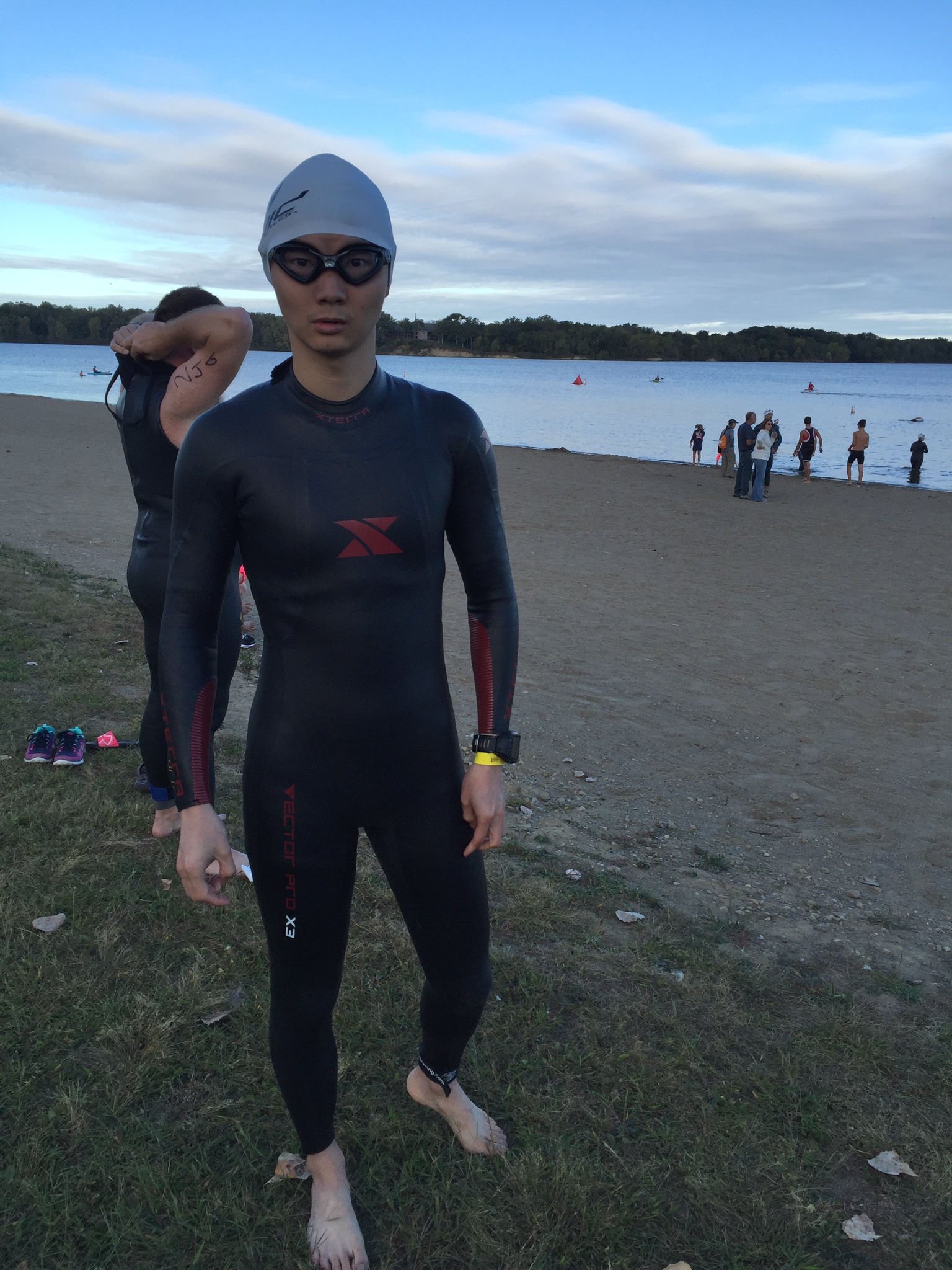 Today we sat down with Yun Jiang and Mark Griswold from Case Western Reserve University to chat a little about their recent Magnetic Resonance in Medicine manuscript, entitled, “MR fingerprinting using the quick echo splitting NMR imaging technique”. In this manuscript, the authors describe using a novel method to quantify relaxation properties of tissues with considerably lower radio frequency power deposition. Our circuitous conversation led us through some of the history of this work, through some of the specifics of the paper, and through the visions for quantitative MRI in the future. Maybe next time when you run into Mark, you may want to ask him if there are now showers in his lab space!

MRMH: Could you describe how you got interested in MRI and what motivated you to start working on MR fingerprinting (MRF)?

Yun: I became interested in MRI in general because it is such a comprehensive subject which covers fields of study ranging from software, computer science, and hardware. When I first joined Mark’s group, I wasn’t too aware about MRF but I started working on a fingerprinting project around the same time as Dan Ma’s fingerprinting paper got published.

Mark: I actually got into MR completely by chance! When I was in college and signing up for courses, all the classes that I wanted were filled up. I ended up registering for a medical imaging class mostly because the gym that I was in was hot and I wanted to go home! After that, I had been interested in quantifying relaxation parameters to investigate pathologies using steady-state sequences. However, these methods were too slow and sensitive to other parameters, and ultimately, not very clinically translatable. We almost gave up on the project on three separate occasions and it was that frustration, anger, and disappointment, which led to today’s MR fingerprinting ideas. 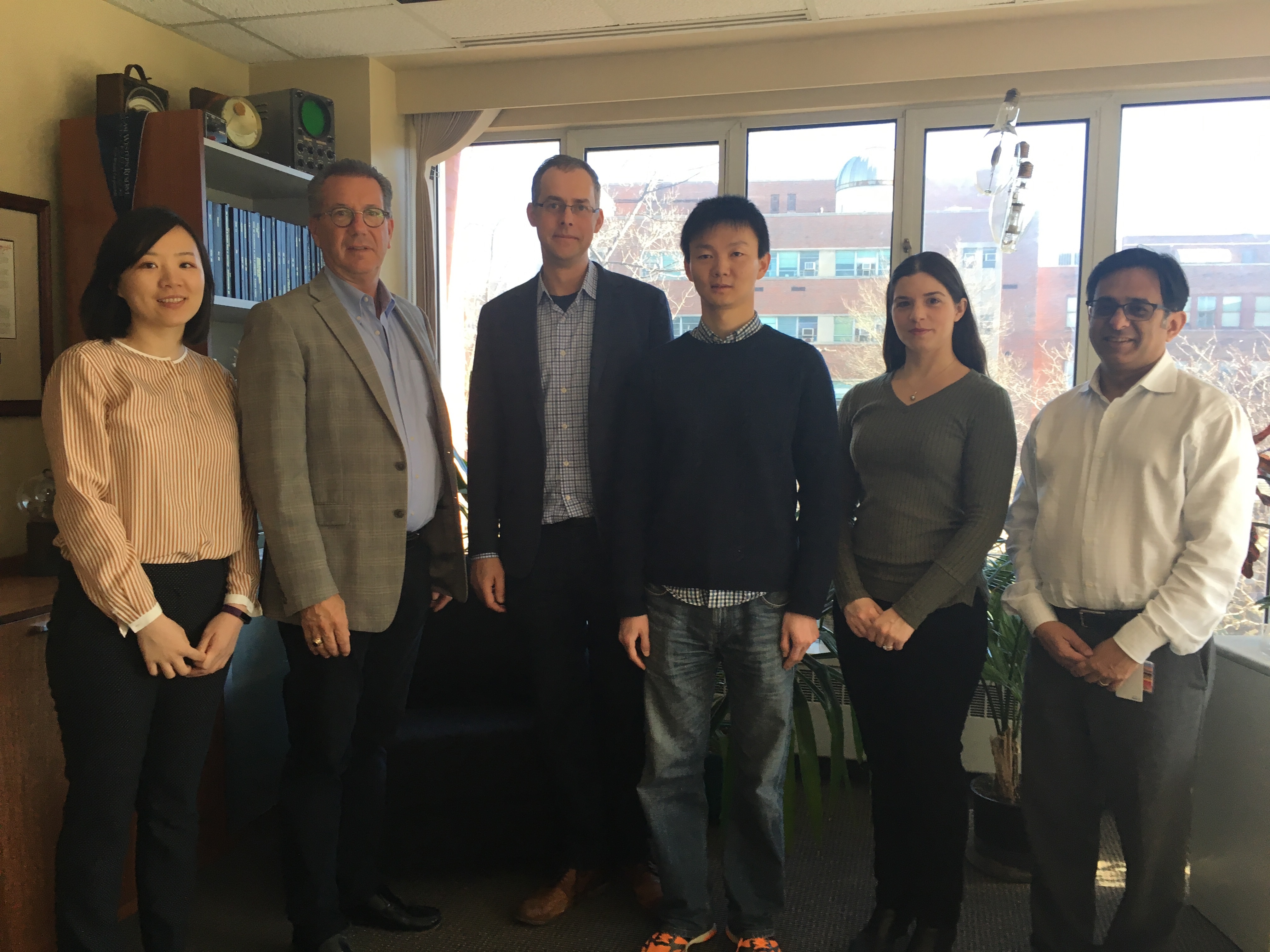 MRMH: Regarding fingerprint ideas then, how is the QUEST method described in this paper different than previous MRF experiments?

Mark: The idea behind QUEST came from Renate Jerecic who had worked on the sequence during her graduate studies as a potential replacement for EPI. Renate heard me give a talk and mentioned that we should use QUEST with MRF. I immediately said yes and came home and told Yun about it!

Yun: Mark’s conversation with Renate was back in August 2012 which is when I started looking into the literature that existed for QUEST. The beauty behind QUEST is that by altering the RF gaps in a steady-state sequence, every coherence path is separated into echoes that can be sampled independently. Modifying the RF spacing can resolve the different higher-order coherence pathways occurring in the pulse sequence.

MRMH: What was the primary motivation toward developing the QUEST variation for MRF?

Yun: One of the largest motivations behind developing this method was to be able to image patients who have metal implants. With such patients, there are a limited number of sequences that can be used for clinical scans due to specific absorption rate (SAR) constraints which can lead to heating of the metallic implants. 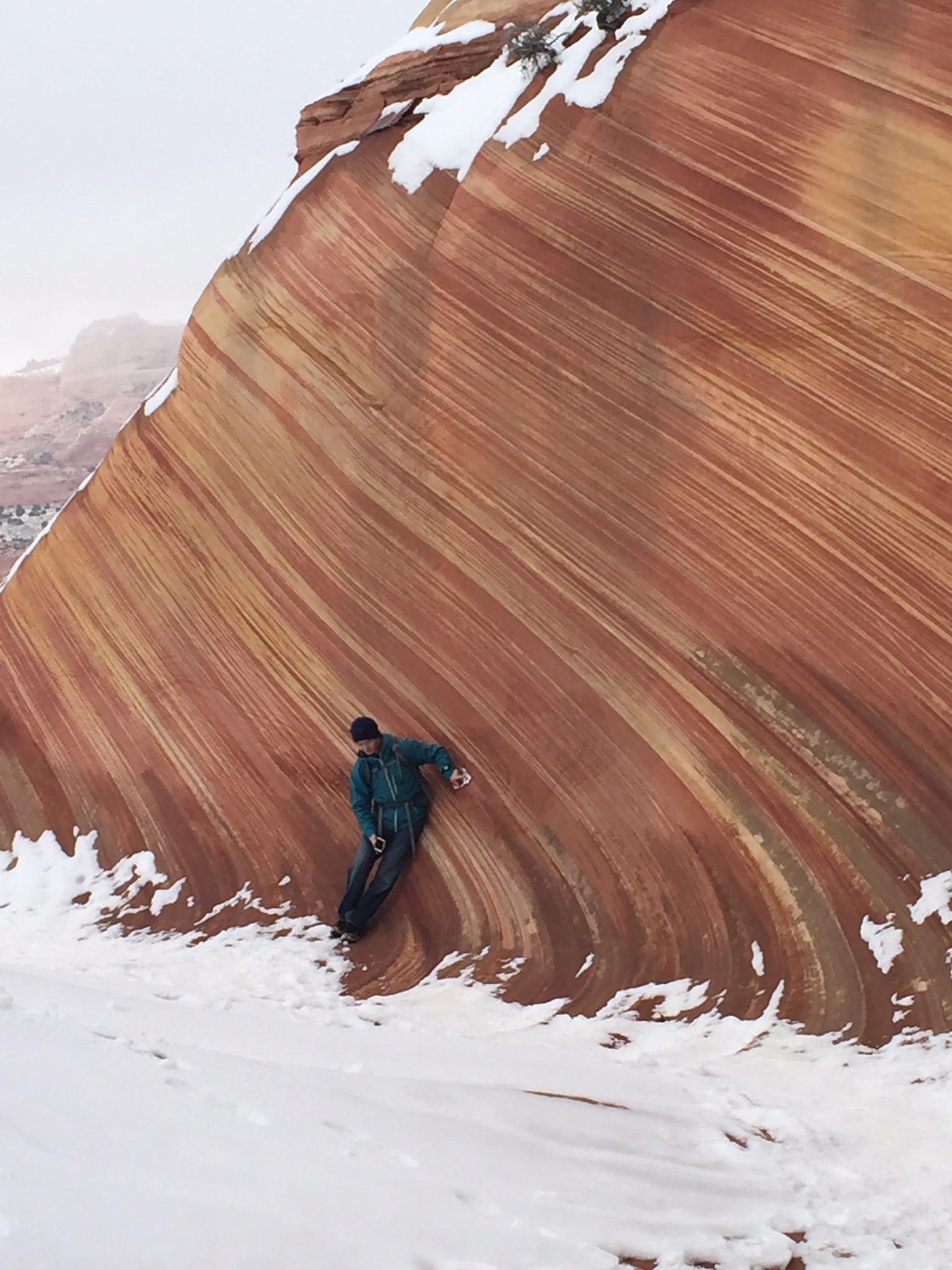 Yun at The Wave, Arizona

Mark: In this paper we reported a SAR factor which was a hundred times lower than the FDA limit. This would let us use this sequence in a multitude of patients with implants and almost not have to worry about any RF-induced heating.

MRMH: For patients with such implants, what is the current standard of care? Are there certain sequences that can or cannot be run?

Yun: For the patient population with metallic implants, scanning at 3T is not recommended and only recently is it permissible to image with a head only transmit. With the given SAR constraints, it is not possible to run almost any conventional sequence so patients are sometimes imaged with a low flip-angle spoiled gradient echo sequence (FLASH, SPGR, T1-FFE, etc).

MRMH: Now that this method allows one to scan patients, what are some clinical challenges you might face?

Yun: The biggest challenge in clinical translation of quantitative methods will relate to repeatability of the measurements. The relaxation rates can vary across multiple scans, across scanners, and even times of the day. Establishing a robust method that can deconvolve the physiological changes and scanning-related changes to ensure repeatability of the measurements will be important going forward.

Mark: This ultimately goes towards the idea that the more repeatable our measurements can be, the more sensitive we can be towards disease and treatment responses. Right now, we are under 5% variation which helps us see differences between healthy and diseased physiological states.

MRMH: Given that there is potential to generate robust quantitative measurements with MRI, how do these measurements fit into the clinical workflow?

Yun: For clinicians who have been trained on analyzing contrast-weighted images, it can be quite different to analyze quantitative measurements. However, in our experience, given some time and practice, clinicians can start reading the quantitative images similar to the morphological images.