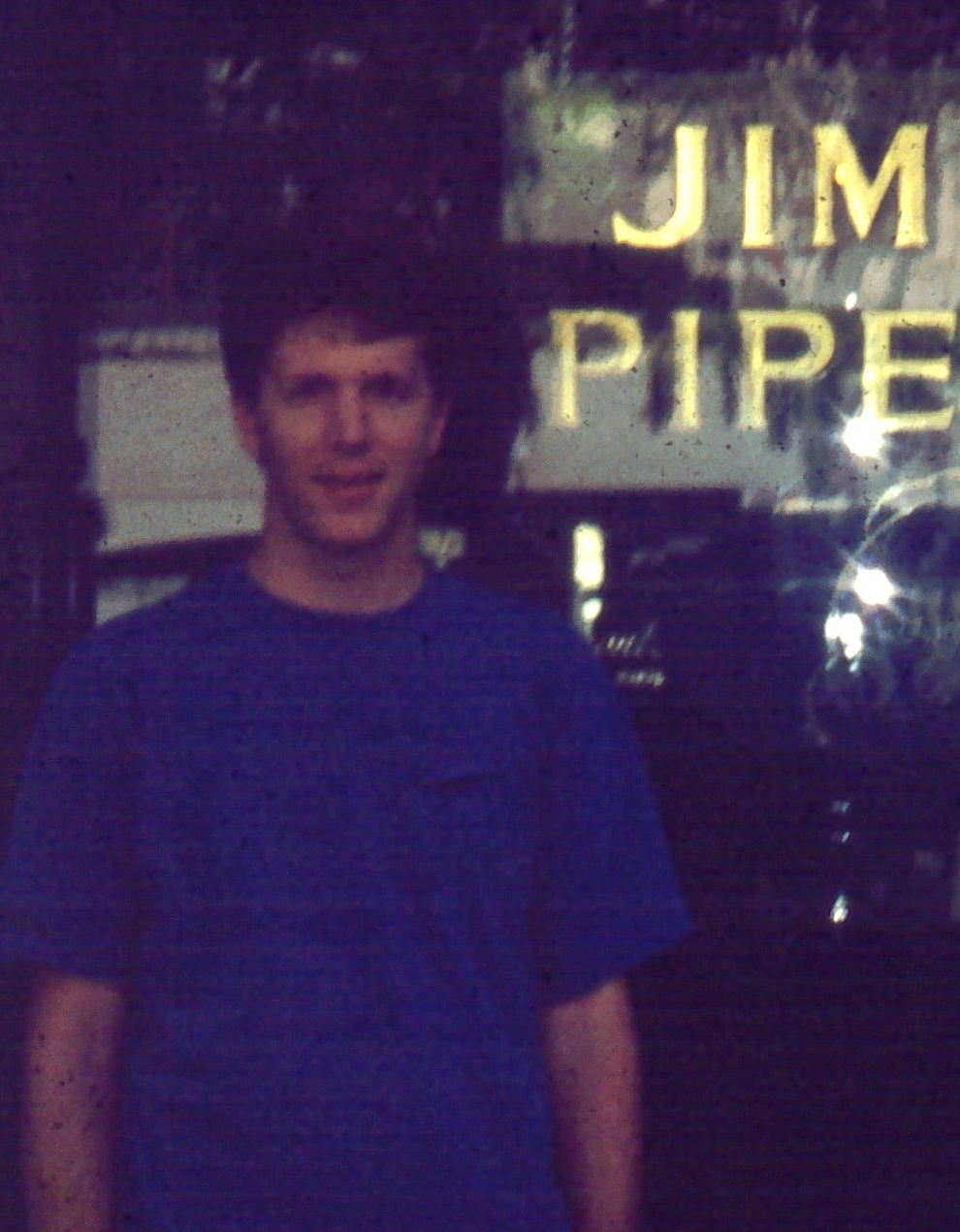 Jim Pipe is the director of neuroimaging research at the Barrow Neurological Institute, as well as current President of the ISMRM. Jim has a long history with the society, starting with his first meeting as a graduate student in 1990. He hasn’t missed a meeting since, and has recently been focused on promoting prescient MR healthcare initiatives. In our interview with Jim, we started down memory lane, and then turned to the future of MRI, MRM, and ISMRM.

MRMH: What were your early meetings like? Did you recognize many faces?

Jim: In the beginning I was not part of a big group, so I would spend a lot of lunches eating by myself. You’re always just amazed when you go as a student or as a young person that the field is so much broader and larger than you’re used to. It’s pretty overwhelming how much stuff is at the meeting, and I can identify and empathize with first-timers who don’t know anybody yet. But each year you meet new people, then you see them again the following year, and it slowly kind of snowballs.

MRMH: Do you have any notable memories from past meetings on new technology?

Jim: There are probably a lot of examples of that. But one I remember is when Dan Sodickson had his first paper on SMASH. It was a poster, and every time I went by that poster it was crowded with people talking about it. I think for Dan, having that as a poster and presenting it all week long – it turned into a huge event, much better actually than had it been assigned as a talk. And it was a focal point of a lot of intense discussion, and really kind of got a lot of people interested in this whole concept that we now call parallel imaging.

I also remember functional MRI when it was just a few posters, right? And now it’s a huge section at the meeting. You see these parts of our field that just blossom and then break off, into other groups, like HBM for example. And you just keep thinking that at some point the productivity of MR has to flatten out, but it doesn’t, at least to my eye.

MRMH: Do you remember your first ISMRM presentation?

Jim: I think that the first or second time I gave a talk I was up for the young investigator award. I don’t know what a typical word per minute speech rate is, but I was at least double that. I was so nervous. I remember getting off stage and not remembering a thing about my talk.

MRMH: How has ISMRM changed over the years?

Jim: I think we’re getting more mature as a society. We’re continuing to expand our international reach, and this is a challenge at times, like with setting conference calls that work for people across every time zone. Also, our central office has grown tremendously in the last several years. I am so impressed at their output – mostly things members never see – and also at the level of professionalism they exhibit. That is something behind the scenes that I have had the pleasure of seeing grow. On the other hand, the society at its core is a bunch of really nice and really bright people who are friendly and have fun working together. So that hasn’t changed at all. 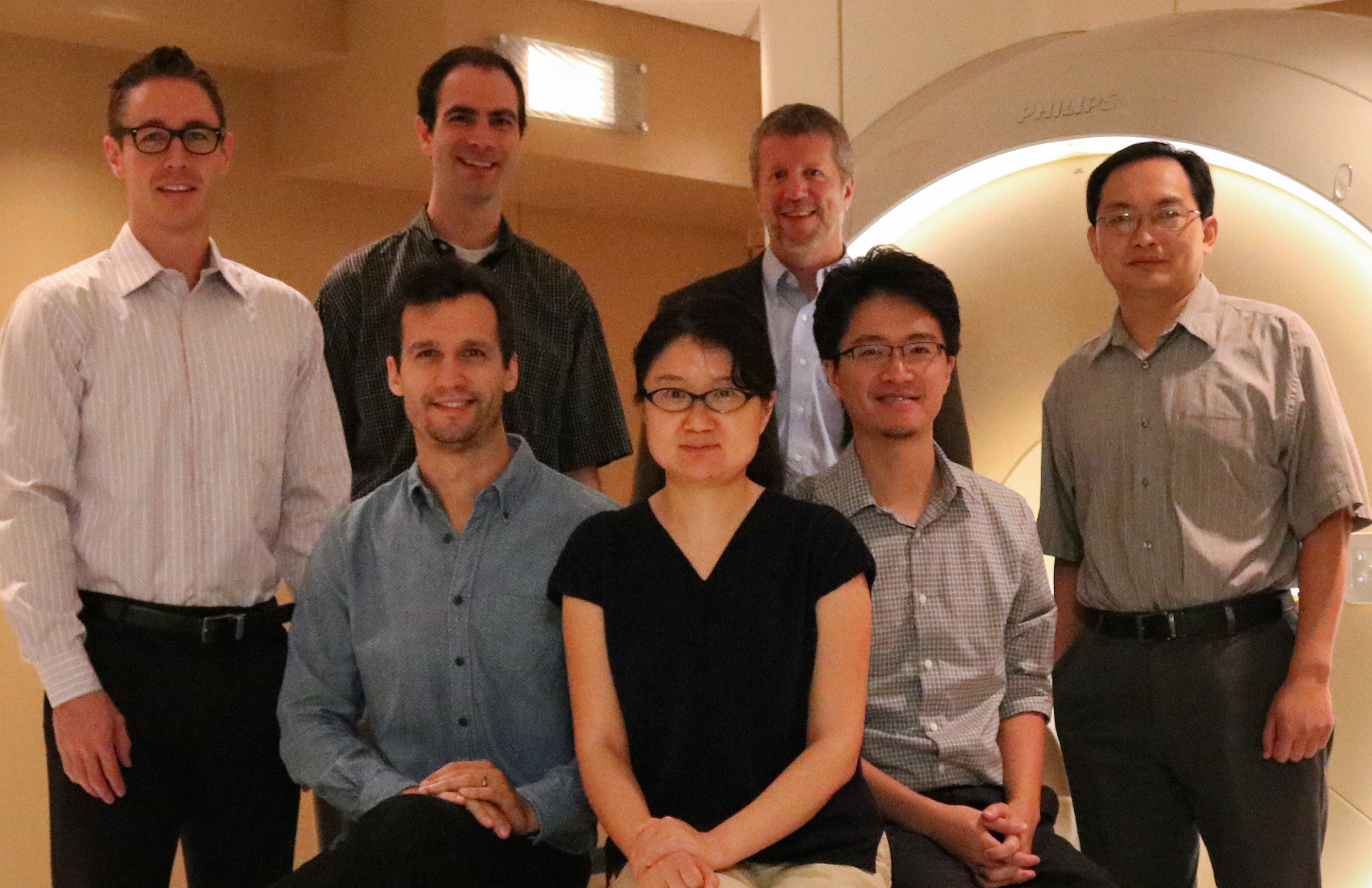 MRMH: Can you pinpoint an event that has had a major impact on the society?

Jim: Moving electronically has had a very big impact. When you submitted to Mag Res Med back when I joined the society, everything was on paper and you had to make 5 hard copies of your work, and the pictures were physical photographs. So you had to make 5 copies, cut them out, then use a glue stick to attach photographs to figure pages. The very first day I joined Tom Chenevert’s lab as a student I spent half the day attaching all these photographs. The glue smell from that first day is still very vivid to me.

MRMH: This is a perfect segue to Mag Res Med specifically. What does the “Blue Journal” mean to you?

Jim: It is the journal that drives MR technology, and it makes a great team together with JMRI, which has a greater focus on clinical application and downstream development. For the things I do in particular, if you want to have an impact, if you want to have this community read your work and understand it, and I’m talking here on the more technical side – it is the Science or Nature of MR development. Let me just look at my last 20 articles. 1, 2, 3, 4, 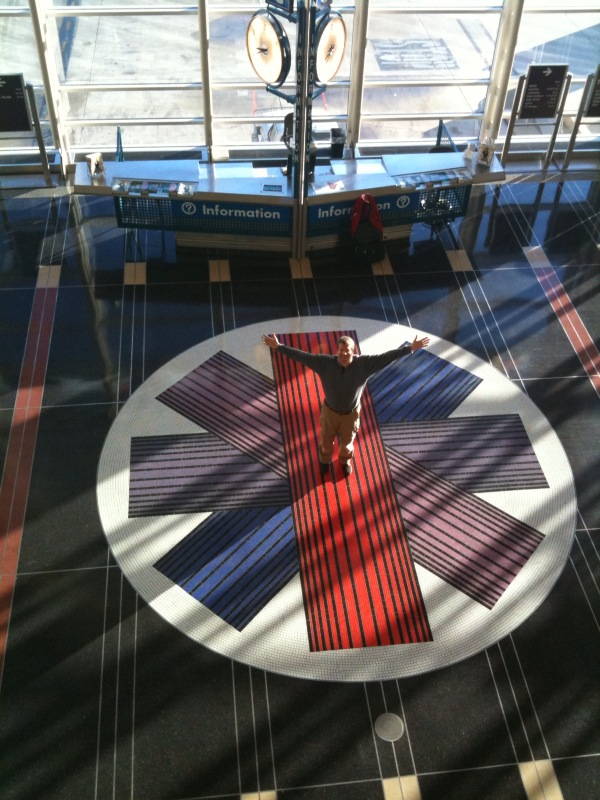 MRMH: Thinking to the future, how do you expect MRM and ISMRM will continue to grow? Are there any initiatives that you are particularly invested in?

Jim: Pushing the boundaries of MR in all the different facets is really important and it’s how we expand, but there is one core thing that I would like the society to address, and that’s the cost of health care and how that is affecting the many global societies which benefit from our work. This ties into the MR Value Initiative that I have promoted this year. MRI is often brought up as an example of costly high tech, but much of what I read is opinion based. If you look for data, there’s not a lot there, so I feel like we need to be a part of that discussion. We are the society that should be a part of that discussion, and also we are the society that can bring data and science to this discussion and have it be less opinion and be more evidence based and fact based.

Jim: Yea, so there are really four costs to total cost of ownership. There’s the scanner, the maintenance, the staffing, and then everything else – including power. In countries like India power is a big deal so I agree that one solution isn’t going to fit everybody. But I think there are a lot of opportunities here. For example, I think a lot of the countries where scanner cost has always been a big issue have developed very high efficiencies. I think they have a lot they could teach countries like the US on how to make things more cost effective. It’s a very diverse and unique set of solutions that I think everyone is going to have to find for themselves.

MRMH: What trends do you see in MR and how do you prioritize it with the work you’re doing?

Jim: I would say that historically a lot of my work has been on PROPELLER and motion correction, but that’s kind of died down for us. The work going forward is tied to the MR Value Initiative. It’s how to make exams fast and efficient. So we’re doing a lot of work on spiral MR, focusing on making clinically robust protocols and improving the speed of the exam without changing the quality of the image. Our goal is to take what is now roughly a 30 minute brain exam and make it a 5 minute brain exam without any reductions in quality and giving the clinician the same amount of information. I work with great people on this and we have a real sense of purpose and excitement about where we’re going with this.

MRMH: Since you started with the society early in your career, do you have any tips for young investigators or PhD students that are just starting in the MR community?

Jim: Take the time to meet people at these meetings and workshops.

MRMH: So don’t sit at lunch by yourself?

Jim: Don’t do what I did, right, try to say hi to people. It doesn’t work with everybody, certainly, but go to senior members, and just introduce yourself. One of my strongest pieces of advice I give my students is to be nice. Find ways to offer criticism nicely. That doesn’t mean you have to back down from what you believe in, but it gets you so much farther because you build your reputation early on. Try to be someone that you would want to hang out with.

MRMH: Who does Jim want to hang out with outside the lab? How do you fill that little time that is left? 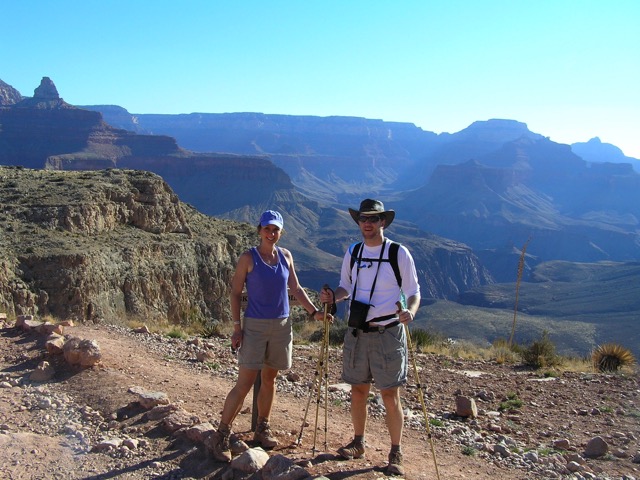 Enjoying scenic vistas with wife Teri at the Grand Canyon.

Jim: My wife and I have two kids that are out east, and at home now it’s just us and two dogs. We spend a lot of time hiking and exploring the beautiful Southeast. In fact next month, we’re going to have our 10th hike at the Grand Canyon. That’s one of our favorite trips of the year. We hike down to the river and back in a day.

MRMH: Any parting thoughts for our readers?

Jim: Our society is really special. I know I’m not objective, but I hope people appreciate that to have so many bright people who are by and large so very friendly and cooperative, it’s really rare. Not every society is as well run and gets along as well as ours does. I think it’s a very special thing that way. We are truly international. And we are this mix of physicians and scientists and vendors, academics and clinicians. It’s just so unique.